If your self-employed, have minimum amount of debt and own millions of dollars in assets don’t even think of doing business with Dutch Banking Group ING because all they will do is take your private information and then give you a two finger salute.

This is a Company that is not interested in self-employed distributors, plumbers, electricians, shop owners or even solicitors or accountants who run their own business for the simple reason that this target audience don’t take risks with debt or high interest rates.

I found out first hand when I applied online for one of their low interest credit cards. This is the same card that the Dutch Company has been banging on about recently in a major national advertising campaign.

After being rejected I started to investigate as to why, my first port of call was credit rating Company Equifax where I found that I was rated as “Excellent” with no credit risk.

I then checked to see how much cash I have in my current accounts as I have no personal borrowings other than a small loan with Bendigo Bank against a multi -million dollar property located in one of the best streets in Mosman (according to Fairfax Media).

My reason for applying for the ING Platinum card in the first place was not only the low interest rate which was 4% under what my current bank Westpac charge, it was also their No Fee” for International travel.

I travel a lot both domestically and Internationally, I also like to own two cards because if one card gets compromised overseas which happened to me last year, I immediately have a backup card.

I also run a business that has no debt, is growing and has delivered six figure profits for several years.

So why was I rejected?

The answer according to the ING call centre was because I am “self-employed”.

“We are only interested in Pay as You go customers said an ING Manager”.

When it was pointed out that my Company pays me the Manager said, “Yes but you are self-employed” and we do not take on self-employed people”.

What was ironic was that as I was filling in the application form their template had no pull down for banks and failed to recognise Westpac.

They also assumed that all car loans are done via a bank not automotive organisations such as BMW Finance.

An ING spokesperson said “We are unable to currently accept self-employed applicants for credit cards. It’s to do with our current risk policy but we are working to make it available for self-employed people in the future”.

ING has not explained what the risk is or whether they believe self employed people are a bigger risk than employed people on low wages who are often financial strapped allowing organisations such as ING to take advantage of their vulnerability similar to what has been exposed by the recent Royal Commission among the top four banks and Superannuation Funds in Australia.

ING, ING Banking, Self Employed Discrimination
You may also like 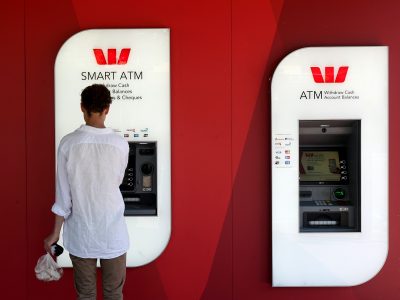