HTC has released its earnings report for the month of October, posting a notable 25.79% drop in revenue compared to the same period last year.

The company forecasts sales numbers to rise in the forthcoming months and holiday period, following the launch of the HTC U11+ and U11 Life smartphone. 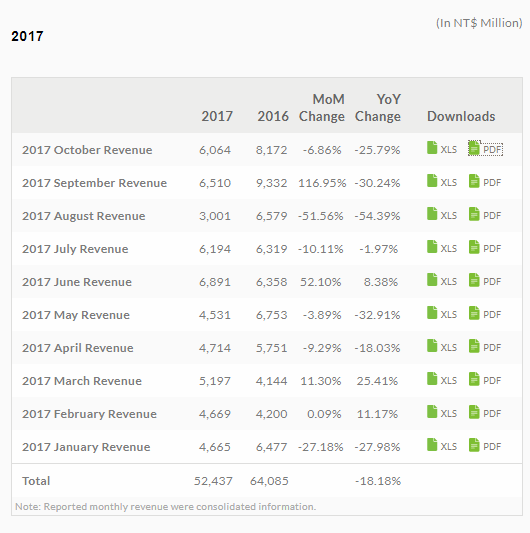