As a part of Google’s ‘appsperiments’ the company has launched three new photography apps, Scrubbies, Selfissimo and Storyboard with not all of them available on Android and iOS.

In a blog post Google says, “Our “appsperimental” approach was inspired in part by Motion Stills, an app developed by researchers at Google that converts short videos into cinemagraphs and time lapses using experimental stabilisation and rendering technologies. Our appsperiments replicate this approach by building on other technologies in development at Google. They rely on object recognition, person segmentation, stylisation algorithms, efficient image encoding and decoding technologies, and perhaps most importantly, fun.”

Scrubbies – only available on iOS – lets you easily change the speed and direction of the video playback creating video loops highlighting moments the photographer wants the users to see.

A still of Scrubbies.

Selfissimo! – is available on both operating systems – is an automated selfie photographer taking black and white images. All users have to do is tap the screen to start a photoshoot, Google says the app encourages you to pose and captures a photo whenever you stop moving. Tap the screen to end the session and review the resulting contact sheet, saving individual images or the entire shoot. 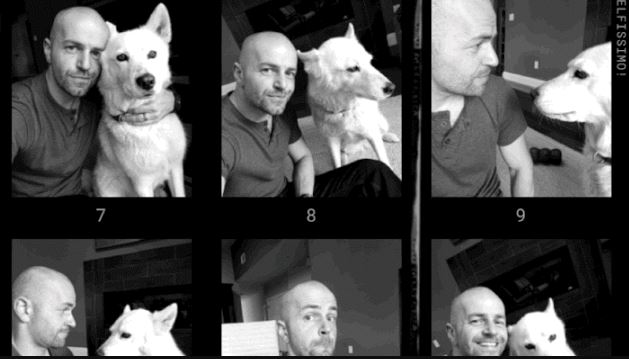 Storyboard – only on Android – transforms video clips into a comic book. To get the effect, shoot a video and load it into storyboard. Google says the app automatically selects interesting video frames, lays them out, and applies one of six visual styles. Save the comic or pull down to refresh and instantly produce a new one.

Google is asking users to try out the new apps and give them feedback. You can do that in the comments of the blog. They are available to download for free now.