Competing with the likes of Samsung’s ‘Flip’, Google has announced its 55-inch digital whiteboard, the ‘Jamboard’ is now available to purchase in Australia and New Zealand. Local ‘G Suite’ customers can buy the device from their Google Cloud rep, for a notable A$7,999.

Adding to the hardware cost, customers will also be charged A$900 annual “management and support fee”.

The Google Jamboard comes with two styluses, one eraser and one wall mount. Consumers can also purchase an optional rolling stand for A$2,199.

By contrast, Samsung’s Flip is available to locally purchase for A$4,399 (including stand).

The Jamboard claims to be a “next-generation” digital whiteboard for businesses, and follows its global unveiling in 2016.

The 55-inch 4K display screen aims to offer collaborative input, either in person on via the cloud.

Users can also access the companion Jamboard app [iOS/Android] on either their tablet or smartphone. 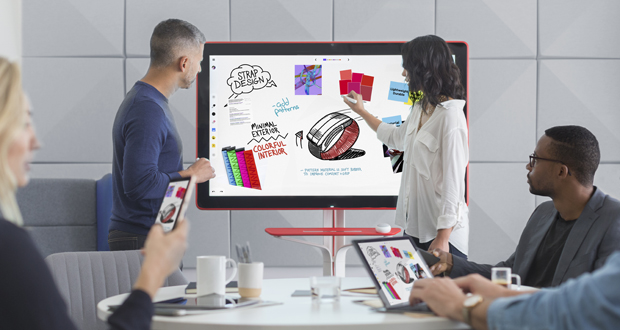 businesses, flip, google, jamboard, samsung
You may also like