Google Accused Of Lying Over Revenues, & Manipulating Traffic To Sites After a five-year tax audit Apple have avoided being penalised and are now contributing more in taxes than ever before, meanwhile Google executives has been accused of lying to a Senate inquiry.

Yesterday, Google’s most senior Australian-based executive, Jason Pellegrino, clashed with senator Nick Xenophon, who warned that he did not like being “misled” over discrepancies worth billions of dollars.

Google has been accused of misleading a parliamentary committee over how many billions of dollars in advertising revenue the tech behemoth generates in Australia.

Google told the Senate committee it had gross revenue of $1.1 billion in Australia, Senator Xenophon replied: “Mr Pellegrino, I hate being ­misled. When you say that you have $1.1bn in revenue here in Australia … does it include the revenue that goes through overseas companies such as offshoots of Google in Singapore and other jurisdictions?” 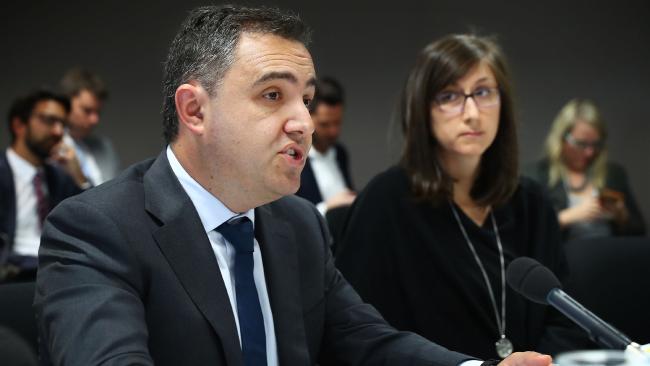 Pellagrino who ducked serious questions about the impact Google is having on media Companies also refused to answer this question.

Media buyers and analysts estimate Facebook’s gross revenue to be about $1bn and Google’s $3bn.

At the hearing Facebook admitted it was still booking revenue from ­Australian advertisers in tax-haven Ireland, despite a government crackdown designed to stamp out the practice.

What’s is not known is whether ownership of Google products such as their Pixel Phone, Chromecast and new Google Home products being sold at JB Hi Fi and Harvey Norman are being sold via a tax haven.

Mr Pellegrino, Google’s Australia and New Zealand managing director, told the committee: “I have read those reports and I’m not in a position to speculate on those media reports.”
Mr Pellegrino responded: “To the best of my knowledge, all the revenue generated in Australia is generated through our Australian business and represented in that figure.”

Senator Xenophon pressed Mr Pellegrino on whether ­Google’s advertising revenue was “more in the region of $3bn, rather than $1.1bn as you have ­asserted”. Mr Pellegrino replied: “Senator, I’m not in a position to speculate on those numbers. We have a policy globally of not reporting numbers in a specific country, and I’m not in a position to break that down any further.”

Senator Xenophon hit back, saying: “This is really upsetting me, Mr Pellegrino, because journalists are being laid off seemingly on a weekly basis in this country. You’re telling us that Google only takes in $1.1bn in advertising revenue when the advertising industry is saying it’s more like $3bn. Can you categorically say … it is only $1.1bn? Are you absolutely sure?”

Google’s head of public policy, Ishtar Vij, interjected: “The 2016 accounts which Jason is referring to reflect a transition year as we restructure our business.”

ChannelNews has been told that Google is manipulating the traffic to web sites that criticise Google in Australia. They also deny media organisations access to information if “one does not do what Google wants” a source told ChannelNews.

Senator Xenophon revealed that publishers had been forced by Google to unlock paid content or face demotion in search results.

“In short, do what we say or else,” he said. “That must be a classic case of abusing market power.”

Mr Pelligrino responded: “Senator, I’m not aware of those conversations.”

Melbourne Business School adjunct professor Mark Ritson, a columnist for The Australian, told the inquiry that Google and Facebook accounted for the vast proportion of digital ad spending.

“There is a significant shortfall between what you have heard this morning and what appears to be likely,” Professor Ritson said.

A spokesman for Facebook later told The Australian: “The $326m figure is the revenue that is supported by our Australian offices in Sydney and Melbourne.”

Senator Xenophon suggested the share of revenue that publishers received from Facebook traffic did not come close to covering the investment they made in creating content.

The Senate Inquiry also heard that Apple had not been issued any penalties associated with a five-year audit by the ATO and Microsoft has just reached an out-of-court settlement, Google, Facebook and IBM confirmed they were still being audited.

Apple Executives appeared yesterday, the inquiry has been running since 2014 and for Apple Australia managing director, Tony King, it was his second appearance.

“When we last met, I told the committee an audit of Apple Australia was under way,” he said. “The audit was a lengthy and rigorous process that involved a comprehensive review of Apple Australia’s business. I’m pleased to report the audit has concluded and that no penalty was imposed by the ATO.”