Home > Display > Gaming Chromebooks Tipped, What You Need To Know

Gaming Chromebooks Tipped, What You Need To Know The most premium Chromebooks are usually budget devices that can manage simple computing tasks with basic, integrated graphics.

But that might be set to change with the arrival of a gaming Chromebook with dedicated, high spec features, if a new leak is to be trusted.

A Chromebook revealed by Chrome Unboxed codenamed ‘Mushu’ – which could be a part of Intel’s Project Athena program intended on sculpting the next generation of powerful yet thin and light laptops – appears to feature a dedicated graphics processor.

It remains unclear which chipmaker is behind the GPU but AMD and Nvidia are speculated to be candidates.

If the leak is true, it would be a first for Chromebooks and would enable the devices to deliver new, superior levels of performance in gaming applications – amongst others.

There is a market for powerful Chromebooks, which already features the original Pixelbook and the Samsung Galaxy Chromebook. It’s within this market that consumers will likely see a Chromebook with a dedicated graphics processor released.

Additional features that could benefit from an upgrade in integrated graphics would also be photo and video editing. A dedicated graphics processor is also starting to become more of a reality now that Google and Valve are working to bring Steam to Chromebooks.

Existing Chromebooks – even in the premium range – will only be able to run a small number of games from the already limited library of Steam games currently supported on Linux, but that would change with the arrival of a dedicated games processor.

Additionally, depending on how well Google and Value get Steam and its game library to work on ChromeOS, the first dedicated gaming Chromebook could be coming this year. 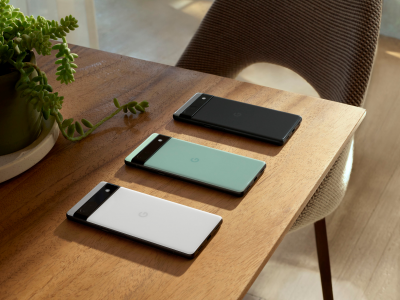