EXCLUSIVE: Melbourne based Indi Imports has confirmed that they are the new distributor for UK sound Company Q Acoustics.

The appointment follows a decision by Q Acoustics to terminate their previous distributor Westan.

Riachi said that Q Acoustics will become a major brand for the Melbourne based Company who have quadrupled sales of the German Canton brand since their appointment to distribute the brand in Australia, last year. Founded in March 2016 the one year old Company has secured several leading brands during the past 6 months. With Q Acoustics, ChannelNews understands that Indi have secured a “long term” contract and well as licence to the brand for Australia.

Riachi said “We have worked tirelessly developing structure, strategy and resources to ensure a smooth transition and prosperous business rapport for all involved, including the specialist market”.

“We have have committed to do business together in ways that go beyond a normal distribution relationship”.

“The collaboration between the two Companies will highlight strengths in a way that both Companies can stay competitive in today’s technologically advanced and ever-changing business world”.

He added “Armour Home the brand owner of Q Acoustics approached us to become their distributor. They realised their business model needed to change and they believe that we were the Company to deliver that change in the Australian market”.

Among the new products to be rolled out will be a new 24 bit soundbar to replace the highly popular M4. Indi will also sell the award winning Q500 speakers.

Q Acoustics who are one of the most awarded sound Companies in Europe is currently developing several new networked audio products that will be released in Australia.

Riachi said “We are slowly establishing ourselves as being the distributor with the most sought after brands. Our deliverance on quality, affordability and service is paramount and we knew immediately that Q Acoustics would fit into our portfolio of products instantly”.

He added “Our aim is limited distribution of the Q Acoustics brand throughout Australia, and our focus now is to establish a proper and significantly improved, dealer presence in Australia.

He said that Q Acoustic stock will be in Indi warehouse by end of April, and that the Company is set to take delivery of several 40ft containers od Q Acoustics stock.

He said that with the new Q Acoustics Concept 500 Floor Stand Speaker, that their price will be positioned better than anywhere around the world”. 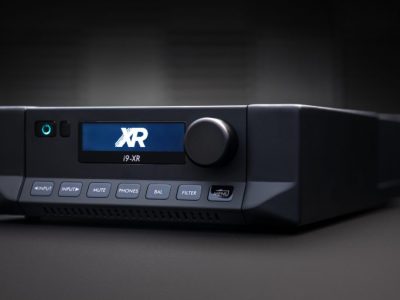