Several sources have told ChannelNews that Hisense has been dumped from Harvey Norman stores after the Chinese TV and appliance brand, took the Toshiba TV brand off the big retailer, the move could cost Hisense tens of millions in lost sales if true.

The rights to the Toshiba TV brand was given to Hisense 18 months ago, by the Japanese Company after Hisense had problems getting US consumers to accept Hisense branded products, Hisense Australia chose to pick up the brand for the Australian market.

Harvey Norman had been successfully selling Toshiba branded TVs for several years prior to the product being licenced to Hisense via a relationship with Adelaide based Powermove and former Harvey Norman executive Nigel Dent who joined Powermove. He now works for Tempo.

ChannelNews has been told that both Hisense TV’s and appliances are set to be removed from Harvey Norman stores with retailers such as The Good Guys, JB Hi Fi and NARTA now in a prime position to take the stock initially scheduled for Harvey Norman stores. The big retailer has an abundance of brands to replace Hisense with including, TCL, Sharp and Philips all brands that are currently expanding their range of premium 4K and 8K TVs in Australia.

Harvey Norman insiders have said that extensive discussions are taking place with TCL the biggest producer of TVs in the world.

ChannelNews has asked both David Ackery a Director at Harvey Norman and Warren Allison the recently appointed General Manager of the Melbourne based Hisense to deny the claims. Both failed to respond to our email and text message.

If correct the move could be a major blow as Harvey Norman has invested extensively in the brand which was also part of the NRL sponsorship program in 2021.

The drama unfolded for Harvey Norman when ChannelNews broke the news that Hisense management which at the time included the ten general manager, Tania Garonzi and Andre Iannuzzi had cut a deal with archrival The Good Guys.

A core sticking point was revelations by Andrea Iannuzzi the then marketing director of Hisense that the deal with The Good Guys was done 12 months ago. He was apparently told that “no decision” had been made according to sources. Days after we broke the story about The Good Guys snaring Toshiba, Iannuzzi the husband of Tania Garonzi who is joining The Good Guys as merchandising director quit Hisense.

This has led to discussions at Harvey Norman that they were set up by departing Hisense management.

This is not the first time that Harvey Norman has been prepared to kick out a category leading brand.

Late in 1998 I owned ITNews and CRN, I broke the story that the #1 PC brand at the time Compaq was opening up eight retail stores of their own because they believed that Harvey Norman was not doing a good enough job of selling into small medium business.

We called Gerry Harvey the Chairman of Harvey Norman who took onboard the news telling me that he would call back in 15 minutes.

Bang on 15 minutes later he called me back to tell me, that he had spoken to senior Compaq management, and that all Compaq stock was being taken out of Harvey Norman stores and placed on loading docks for Compaq to collect.

ChannelNews understands that Hisense has appointed a new marketing manager who will commence in the role in November. 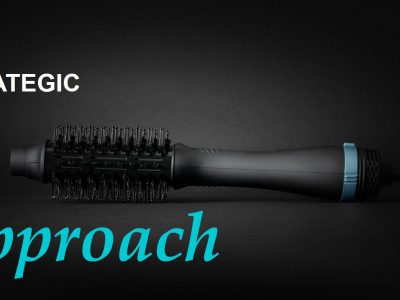