Vanessa Garrard the CEO of Brisbane based distributor E3 Style, who is currently involved in a major fight with The Crest Company, over what she claims involves stolen Intellectual copyright, and up to 16 hard drives of information, has told ChannelNews that “The minimum” she will get if she wins the case is $12M.

She also claims that creditors are owed $3M and not the $6M as stated in our story.

What has not been revealed is how much E3 Style owes the Australian Tax Office as the list of creditors supplied by the administrator of E3 Style Domenic Calabretta, from Mackay Goodwin lists 46 creditors plus Vannessa Garrard.

Among those creditors is Crawford Giles the CEO of Powermove who is owed $1.13M, Warner Bro’s who are owed $594M, the amount has already been written off in their books.

This is a copy of the original image that appeared on Vannessa Garrards self promoting web site last week.

Garrard has told ChannelNews that there is no additional legal action between Powermove and E3 Style due in part to Powermove now being a creditor of E3 Style and that those creditors have accepted a deed of arrangement based on Garrard’s claims that she could win up to $12M in her fight with The Crest Company who claim to have no borrowings and operate out of cash flow.

Money owed to the ATO, Toyota Finance, Vanessa Garrard, The Leasing Centre, Flexirent are still to be determined according to the administrator’s “Expected Creditors” claims documents.

Garrard who recently set up a new Company called SourceHub, claims that E3 Style is still trading. She has not said what the difference is between what E3 Style and the SourceHub is offering to the market.

Last week Garrard told ChannelNews that she was funding her legal case against the Crest Company now she has said that she has a “Litigation Funding Agreement” in place after initially funding the case herself.

During our investigations ChannelNews was told by former employees that documentation at the Company was altered on the instructions of E3 Style management. Garrard claims this is “Not true”.

She has not responded as to why her graphic designer quit the Company after confronting Garrard.

A woman who likes to self-promote her achievements except for the fact that E3 Style was placed into voluntary administration claims that all her awards can be verified.

New Picture Of Vannessa Garrard that has appeared this week on her web site www.vanessagarrard.com

E3 Style Administration, SourceHub, Vanessa Garrard
You may also like 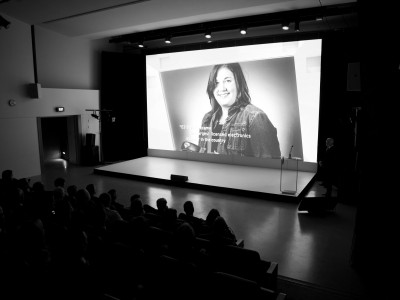