Recent reports have suggested that the base model Samsung Note 10 won’t have a MicroSD slot – losing its expanded storage feature, however, the Pro version will.

If true, it would see Samsung break with tradition, as expanded storage support has always been a mainstay in Samsung’s flagship smartphones.

Despite the Note 10 expected to come with a minimum 128GB storage, the option to expand on its internal memory has always been a welcome feature for Samsung smartphone users.

Only time will tell how this will affect the Note 10’s base model sales on its release.

Weinbach’s tweet also looked to confirm the rumours surrounding the addition of a headphone jack and the similarities of the new S Pen to the previous Note 9 version.

According to these latest leaks, the headphone jack is being retained on both the Note 10 and the Note 10 Pro.

Though a later update of the tweet revealed that apparently Samsung had added a fake headphone jack to the unit to trick people.

Other unconfirmed Note 10 inclusions include it being the first in the series to come with small bezels and hole-punch screen design like the Galaxy S10 range, as well as the stylus being moved from the bottom of the Note 10 to the top, alongside the SIM tray.

Based on previous Note launches, we might be seeing the new phones appearing in stores sometime in August.

This will be the first year that Samsung is going with a multi-model strategy for the Note smartphones.

Samsung has previously gone with the multi-model strategy for its Galaxy S series. 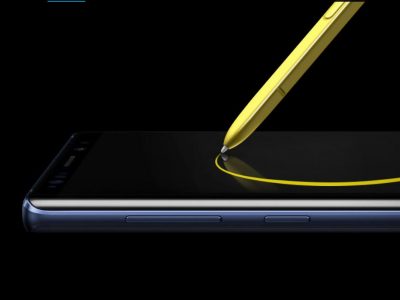