Australia Post has announced it’s investing $300 million in parcel processing equipment over the next 18 months, as the government-backed company seeks to combat rising online shopping.

The new equipment claims to process over 10,000 parcels per hour, reducing manual handling and boosting productivity. 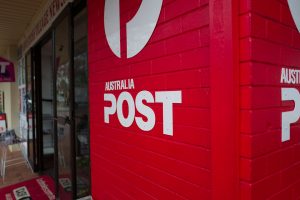 Australia Post has reportedly installed a new parcel processing machine at its Strathfield facility, in a bid to ramp up efficiencies ahead of the peak holiday period.

Chief Operating Officer, Bob Black, asserts the company is processing and delivering more parcels than ever before, both internationally and domestically.

As per Inside Retail, Mr Black claims the 2017 holiday season was Australia Post’s biggest peak period – with 37 million parcels delivered nationally during December, and a record 2.5 million parcels in one day.

In May, Australia Post General Manager, Ben Franzi, revealed online marketplaces (e.g. eBay and Amazon) had grown around 74% across the last year.

‘Buy now, pay later’ apps such as Afterpay were also credited for the boom.

Local e-commerce spending is forecast to notch $25 million this year, with 1-in-10 sales set to be generated online by 2021.