Reflecting the continued growth of online shopping, the results mark an 18.7% year-on-year increase.

May to June proved the most lucrative months, excluding the busy November to December Christmas and holiday period.

E-commerce revenue soared 32.2% YoY between May and June, with extended EOFY sales claimed the driver. 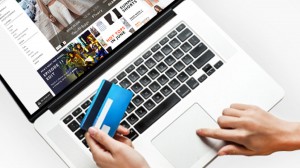 ‘Buy now, pay later’ apps such as Afterpay are also credited for the boom.

Franzi claims marketplaces such as Etsy, eBay and Amazon have grown ~74% in the last year alone.

“Australians really appreciate the convenience of being able to access goods from a variety of sellers in the one location,” Franzi asserts.

Franzi forecasts global e-commerce revenue to hit US$2.16 trillion by 2019, which represents a “huge opportunity for Australian retailers”.

Fashion was the most ‘online shopped’ category last year, followed by healthy and beauty (jumping 13.2%), and homewares and appliances (climbing 10.9%).