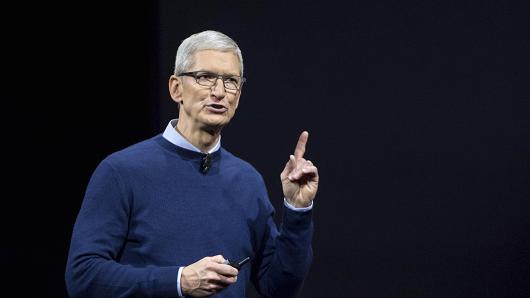 Apple CEO Tim Cook spoke about the late Steve Jobs and dodged questions on the Apple car during an interview on a US talkshow.

Cook appeared on Fox News Sunday and spoke poignantly about his late friend and Apple’s founder Steve Jobs after he took over the top job a decade ago.

“My focus then was on mourning, was on mourning and leading the company through a very, very hard period of time. And so I wasn’t really thinking about how daunting it was,” Cook remembers.

“I’m proudest that we have kept his DNA as the core of the company. And that the company has stayed focused on innovation and making really great products that empower people and enrich their lives.

I love every day here. It’s a privilege of a lifetime to work with the people I get to work with. It’s hard for me to envision my life without Apple. What’s next for Apple? We’re going to continue making the best products in the world. Not the most, but the best.”

Rumours of an Apple car have been swirling since Jobs was still CEO, but Cook failed the shed any new light on the possibility of an Apple-branded smart car.

The rumours went into overdrive again late last year when Apple filed a patent for a crack-resistant windshield which notifies drivers when it is damaged.

After telling host Chris Wallace Apple will be spending the next year focussing on developing the “best products”, Wallace asked if this included an Apple car.

“Well, I can’t comment on rumours and so forth,” Cook said.

Hundreds Of Apple Employees Reported Abuse With No Recourse