Amazon.com Inc. will overtake Walmart Inc. as the biggest US retailer by 2025, according to a new report.

suggesting the ecommerce giant has too much momentum for Walmart to stop despite big investments in its own ecommerce offerings.

It says that by the year 2025, shoppers in the US will buy US$632 billion worth of products at Amazon and its retail affiliates including Whole Foods Market, surpassing Walmart’s US$523 billion.

The report doesn’t include revenue from Amazon’s cloud computing division or advertising sales. It includes sales from both retailer’s affiliates, including Whole Foods for Amazon and Sam’s Club for Walmart, but doesn’t include fees for subscriptions like Amazon Prime or Sam’s Club.

“The pandemic has permanently shifted consumer habits from in-store to ecommerce,” said Deren Baker, CEO of Edge by Ascential.

The main beneficiary is Amazon because Walmart is still playing catch-up, despite investing money in new features for its online store, including a Prime-style subscription service.

Amazon continues to build fulfillment centres around the country to speed up delivery and compete with Walmart’s click and collect service at its 5,000+ stores.

For Edge’s prediction to come to fruition, Amazon will have to do some damage control to its reputation – currently, the impression is that Amazon treats its workers poorly, underpays them, and hurts the environment and small businesses.

Younger consumers in particular are wary of spending too much on the site. According to a survey of 2,000 shoppers by the San Francisco firm Sitecore, Generation Z shoppers (aged about 15 to 25) are most likely to feel guilty about shopping on Amazon and are most eager to reduce their spending on the site.

Almost 70 per cent of those surveyed were Amazon Prime members and more than half said they typically go to Amazon first for online purchases before search engines such as Google, said the survey. 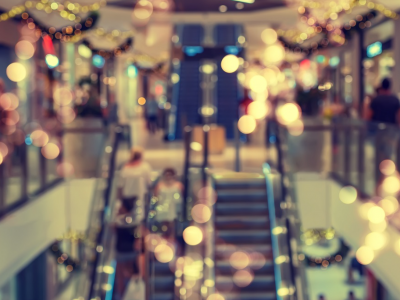