Greed is apparently a big part of Adobe’s culture today, and profit at any cost  appears to be the order of the day, with the Company appearing to nobble users who have legitimately purchased software to then ask them to pay again for a software licence.

I have been using Adobe fireworks since 1999 when during a visit to Macromedia in San Francisco I was introduced to the software by a bunch of guys who were pioneering the development of Internet tools such as Flash and Dreamweaver.

At the time I owned the largest desktop publishing magazine in Australia and we wrote extensively about Macromedia, Quark and Adobe.

Since then, I have been using Flash as a simple edit tool for images posted to our web sites because it was an excellent app when one wanted to quick editing images.

I bought this package years ago and apart from some updates over the years this package has worked superbly and is way better than Photoshop.

Then Adobe’s greed mentality kicked in with the Company turning off my app claiming that I had to “Re Buy” the app.

This page appears when one goes to buy a new license for Fireworks as indicated by Adobe.

If the guys from Macromedia were around today, I would be having a chat with them, but the problem is that Adobe acquired the Company in 2005.

They then started telling the world that Macromedia Fireworks now rebranded Adobe Fireworks was a discontinued bitmap and vector graphics editor product.

But despite this I kept on using it shifting the product from one machine to another over the years because it was not broken and it never let me down like a lot of other Adobe products had in the past.

You could also pull layers together and edit multiple layers quickly.

It was designed to integrate with other Macromedia products such as Dreamweaver and Flash.

It was available as either a standalone product or bundled with Adobe Creative Suite.

I purchased three standalone licenses for my Company way before Adobe1 purchased this Company.

When we did, we were the largest publisher of technology magazines including one publication called Publishing Essentials a publication dedicated to creative apps and the professionals who used them.

We worked hand in hand at the time with the likes of Graham Freeman the then Country Manager of Adobe who produced the idea to bundle the struggling PageMaker, Illustrator and Photoshop into one package.

He ended up as Sales Director at Adobe in the USA.

Under the new greed regime at Adobe, they suddenly flagged that “my trial of Adobe Fireworks had suddenly ended.

I was however given the option of paying $43.99 a month for a new licence.

So, I opted in and paid which was an exuberant amount for a 15-year-old piece of software that Adobe had failed to update.

After taking my money Adobe, the so called skilled creative Company continued to disable my Fireworks app despite it appearing in my Adobe Creative Cloud account.

It not only failed to work Adobe also failed to give me a serial number to re active this software which they ask for when you click the app.

What I then got when I tried to activate the product was ‘Try genuine Adobe apps with a 7-day free trial or call us at 1800-875-573 to see if you qualify for special pricing for victims of fraud.

It appears that the only victim of fraud here is me having been ripped off in a scam by of all people Adobe.

Firstly Adobe, have acquired a Company who sold a single licence of Fireworks software.

But it gets better, the site that is linked to the Fireworks account that talks about my Fireworks Trial expiring is a site to solicit additional Creative Cloud subscriptions not one that allows for the activation of Fireworks.

After being passed to three Adobe support people, the operator in Adobe’s so called accounts department hung up without cancelling the third Creative Cloud account that was now in my name.

This in plain old English is a scam by Adobe to generate new Creative Cloud licenses.

4Square Media is taking this issue to the Australian Competition & Consumer Commission as we believe it is bait advertising and false representation. 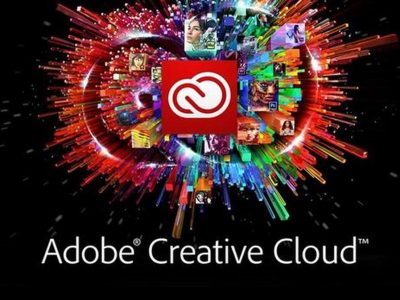