Microsoft has announced it is no longer producing its Xbox One X and Xbox One S All-Digital Edition gaming consoles, though the company will continue to manufacture the standard Xbox One S model.

“As we ramp into the future with Xbox Series X, we’re taking the natural step of stopping production on Xbox One X and Xbox One S-All Digital Edition. Xbox One S will continue to be manufactured and sold globally,” a Microsoft spokesperson told The Verge.

“Gamers can check with their local retailers for more details on Xbox One hardware availability.”

As demand for gaming products has skyrocketed during the COVID-19 lockdowns, there have been reports of stock shortages of Xbox One X and Xbox One S consoles, as well as Sony’s PlayStation 4.

The Xbox One S All-Digital Edition was launched in April 2019, and sales for this model were reportedly much higher than the disc version of the console.

Microsoft has reaffirmed its plans to launch the Xbox Series X ahead of the 2020 holiday season, which would see it unveiled October-December, around the same time as Sony’s upcoming PlayStation 5. 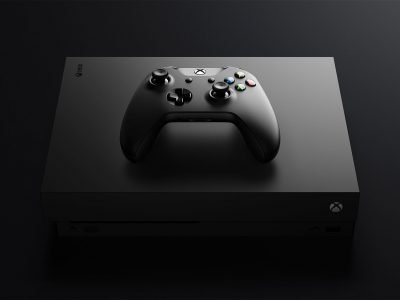 No Exclusivity On Dolby For Xbox, Microsoft Says In Backtrack

Xbox Showcase To Give First Look At Bethesda Under Microsoft