Telstra Set To Go Mobile With Netflix, Stan And Presto

Telstra will next week launch a number of mobile streaming-focused initiatives, including a three-month subscription to streaming video-on-demand providers Netflix, Stan and Presto on selected mobile plans.

As part of the initiatives unveiled today, and set to commence on Tuesday August 23, Telstra mobile plan customers will be provided data-free Apple Music music streaming, with Telstra to also launch a new app, which it states “makes it easy to discover all the sports and entertainment content included in Telstra mobile plans”.

The move comes as competition heats up among telcos in the streaming sector, with Optus last year having secured Australian rights to the English Premier League (technical problems encountered on the opening weekend of which drew an angry response via social media from users).

Ramping up its offerings, Telstra, which has been no stranger to network issues in recent times, is providing further incentive for mobile entertainment-hungry consumers, taking it up to both Optus and Vodafone (which offers up to 12-month subscriptions to Spotify Premium, Stan or The Sydney Morning Herald/The Age websites on selected plans).

“Australians have embraced streaming video services like Netflix in their lounge rooms, and we are now seeing that appetite translate to phones and tablets outside the home.”

By way of example, Garra stated that network traffic surges during the morning and afternoon commute suggest two new prime-time periods are emerging, with mobile users accessing content on the go.

Garra stated that the Telstra TV+ app allows “customers to search over 25,000 movies and TV shows across Stan, Presto and BigPond Movies and also acts as a mobile remote for their Telstra TV”.

Telstra recently posted profit of $5.78 billion for the 2016 full-year, up 36.6 per cent year-on-year, also advising that it would invest an extra $3 billion in its networks over the next three years. 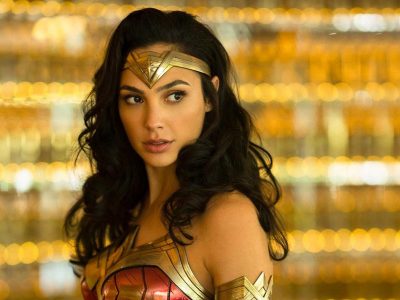