Telstra is introducing new home internet bundles, including bonus three-month subscriptions to Netflix, Stan and Presto, along with new Wi-Fi tech, as it looks to cater to Aussies’ growing streaming usage.

The new internet bundles are set to be launched tomorrow, with the Gateway Max 2 modem to arrive next month.

“Customers taking up the new $90 Medium plan and above will receive a Telstra TV as well as three-month subscriptions to Netflix, Stan and Presto, giving them access to around 15,000 TV shows and movies to watch at home or out and about on their smartphone screen using Telstra’s national Wi-Fi and mobile networks,” he commented.

“There’s no ‘one-size-fits-all’ solution for Australian households, so we’ve built a range of new add-ons customers can choose, including additional data, calling, entertainment, speed and premium support, to help customers build a plan to suit their personal needs.”

Bird stated that the Gateway Max 2 “will provide faster streaming speeds and a stronger Wi-Fi signal in more areas of the home” than previous gateways.

Telstra has also advised that it will launch an all-in-one hybrid modem, the Frontier Gateway, early next year, bringing together its fixed and mobile networks.

“Our upcoming Telstra Frontier modem will draw on the power of our national mobile network to get households up and running while a fixed service is activated,” Bird commented.

“Customers moving home, or setting up a new broadband connection, will be able to get online quicker than ever. And, if a customer’s fixed broadband service is unavailable, the Frontier will switch over to the mobile network to keep the household connected.”

Meanwhile, while streaming services continue to grow in popularity, iTnews has reported that Netflix has warned Australian users that they may face delays seeing new shows as classification of content is taking too long.

“As Netflix increases its investments in content, more and more titles will need to be given an Australian classification,” iTnews reported Korn as stating.

“However, there are significant obstacles associated with classifying large volumes of content. Processing delays could result in content being premiered later in Australia than in other Netflix markets.”

iTnews has reported that Netflix wants to see Australia adopt a “technology-neutral” approach to content classification. 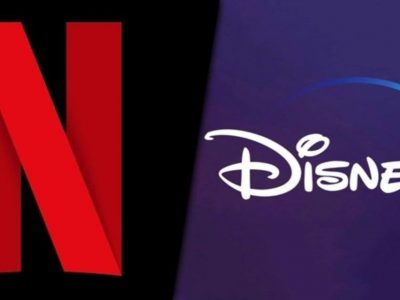