Serious questions have been raised after it was revealed that owners of Alexa devices face the real possibility that location data is being accessed and can, in some cases, Amazon employees could easily find a customer’s home address.

An Amazon.com team auditing Alexa users’ commands across three continents discovered the issue after it was revealed that their technology transcribes, annotates and analysis a portion of the voice recordings picked up by Alexa.

The program, whose existence Bloomberg revealed earlier this month, was set up to help Amazon’s digital voice assistant get better at understanding and responding to commands.

Team members with access to Alexa users’ geographic coordinates can easily type them into third-party mapping software and find home residences, according to the employees, who signed nondisclosure agreements barring them from speaking publicly about the program. While there’s no indication Amazon employees with access to the data have attempted to track down individual users, two members of the Alexa team expressed concern to Bloomberg that Amazon was granting unnecessarily broad access to customer data that would make it easy to identify a device’s owner.

In an April 10 statement acknowledging the Alexa auditing program, Amazon said “employees do not have direct access to information that can identify the person or account as part of this workflow.”

In a new statement responding to this story, Amazon said “access to internal tools is highly controlled and is only granted to a limited number of employees who require these tools to train and improve the service by processing an extremely small sample of interactions. Our policies strictly prohibit employee access to or use of customer data for any other reason, and we have a zero tolerance policy for abuse of our systems. We regularly audit employee access to internal tools and limit access whenever and wherever possible.” 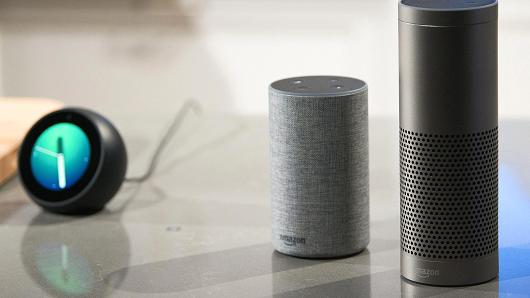