Samsung Electronics has new technology, that via a click on a new button located on their upcoming Galaxy S8 smartphone and via a new range of home speakers, will make Apple’s Siri sound like “a pretty average artificial intelligence voice”.

The Korean Company is banking on artificial intelligence and significantly improved voice activation technology to get them back in the smartphone race following the global recall of their Note 7 due to battery problems.

Activation of the new technology that will be located on an exclusive Samsung processor will be via an activation button located on the side of the new device that will not be launched, at next year’s Mobile World Congress in Barcelona.

We have also confirmed what we exclusively revealed last month that Samsung executives are now looking to delay the announcement of the Galaxy S8 until after the Mobile World Congress trade show in late February next year.

The unveiling could come as late as April. That would mark a break from the past three years, when Samsung used the tech showcase in Barcelona to unveil its newest top-of-the-line Galaxy S smartphones.

Samsung is building its comeback around artificial intelligence, a hot corner of the technology market.

ChannelNews has been told that the Company will also reveal a new 360-degree sound system that will take on Amazon’s Echo as well as voice technology from Microsoft. The system will allow users to simply call up sound tracks with voice commands when using the new Samsung speaker range.

Tweaking the design of its smartphone range while introducing new voice activated sound systems would underscore Samsung’s ambitions in the growing market for digital assistants.

Samsung has so far been a relatively low-key player in this category, which includes Apple’s Siri, Microsoft’s Cortana and Amazon’s Alexa. Alphabet Inc.’s Google released its Assistant service last month.

Samsung is building its comeback around artificial intelligence, a hot corner of the technology market. Its rivals have been ploughing money into the field to develop smart digital assistants that can answer questions or place orders for pizza or taxi rides.

Samsung acquired U.S. AI startup Viv Labs in early October and said late last month on an analyst call that it would include an improved AI service on its Galaxy S8.

Injong Rhee, chief technology officer for Samsung’s mobile division, said last week that the Galaxy S8’s AI service would feature technology from Viv Labs, offering services that are “significantly differentiated” from those of the competition.

Samsung already has a virtual-assistant service, dubbed S Voice, which it introduced in 2012 with its Galaxy S3 smartphone. But the company hasn’t announced any major updates to S Voice in four years, and the company didn’t mention it when releasing the Galaxy S7 earlier this year.

Mr. Rhee said Samsung is planning to use the Galaxy S8 as a springboard to expand Viv’s AI technology into its other products, like home appliances.

Samsung Galaxy S8, Voice Activation Speakers
You may also like 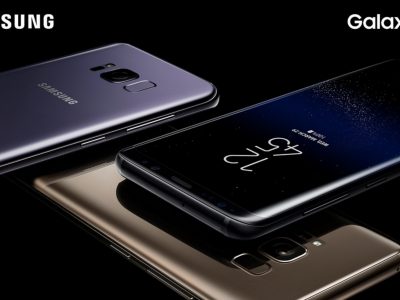 REVIEW: Samsung S8+ A Design Classic That Will Break Records