PayPal’s incentives and rewards programs was intended to drive its plan to achieve 750 million active accounts by 2025, but it has backfired badly, forcing the company to close 4.5 million accounts held by “bad actors” taking advantage of the programs.

PayPal abandoned its lofty forecast, and shared plummeted a record 25 per cent.

“We regularly assess our active account base to ensure the accounts are legitimate,” Chief Financial Officer John Rainey said.

“This is particularly important during incentive campaigns that can be targets for bad actors attempting to reap the benefit from these offers without ever having an intent to be a legitimate customer on our platform.”

PayPal launched incentives for new customers last year, giving US$10 as a lure to open a new account. Perhaps not too surprisingly, the risk-management team discovered that bot farms were creating a lot of these new accounts, pocketing $10 a pop, and forcing PayPal to act.

On top of this, PayPal delivered softer than expected Q4 earnings, which contributed to the massive fall from grace. 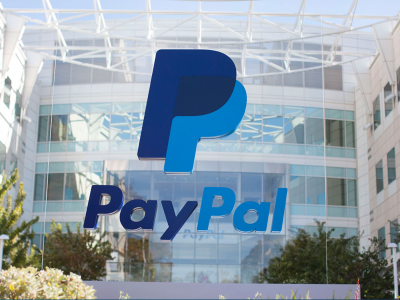