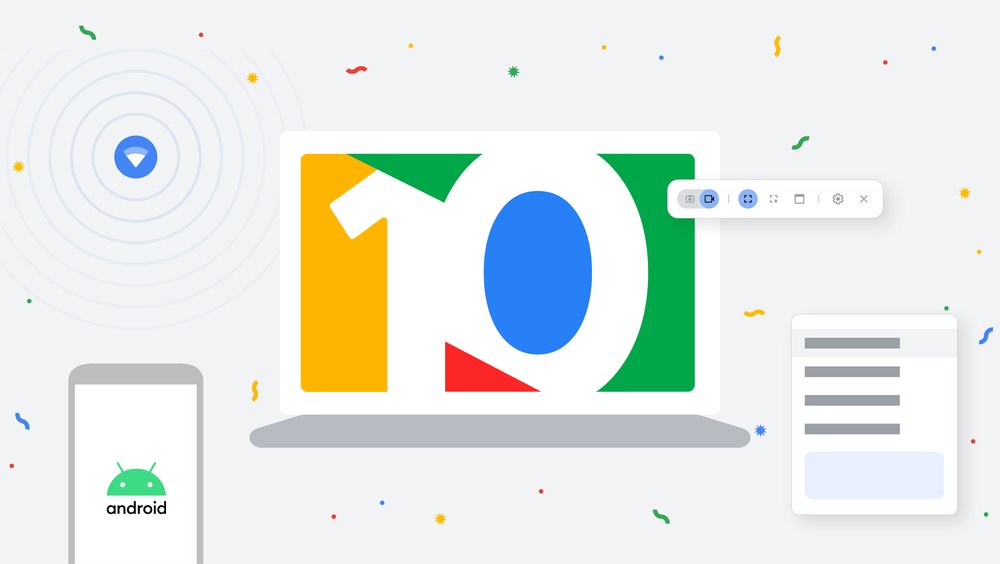 Google’s Chromebook is celebrating 10 years since it was first launched, and the laptop is getting some fresh features to celebrate.

The search engine giant unveiled the first Chromebooks in partnership with Acer and Samsung and Google is using the milestone to upgrade the OS experience with fun new features, including PhoneHub which seamlessly connects smartphones and laptops.

PhoneHub uses a built-in control centre to bring key capabilities from the Android smartphone to the Chromebook, such as receiving texts, checking phone battery life and even turning on the phone’s hotspot.

Phone Hub also shows the Chrome browser tabs you last opened on your Android phone, so you can pick up right where you left off. Chromebooks can now automatically connect to trusted Wi-Fi networks used on an Android phone and other Chrome OS devices when signed in with the same Google Account — no need to enter in the credentials again.

Google has also redesigned the Screen Capture tool, a new Clipboard which saves the last five items copied, added media controls into the Quick Settings menu and has streamlined Chromebook setup for parents and guardians.

Chromebooks apps have also been given a fancy makeover to mark the 10-year anniversary.

“Last but certainly not least, the small things matter just as much as the big ones. The icons for your Chromebook’s built-in apps have a fresh new look, making it easier for you to find essential apps made for Chrome OS like Canvas and Explore,” Google said in a blogpost.

“Visit our website for more details about these features. We’re grateful to be celebrating this milestone, and we hope these launches help you get even more out of your Chromebook.”