Like Dick Smith, Oppo Is Running Out Of Smartphone Options

Chinese smartphone manufacturer Oppo who is struggling to attract consumers in Australia seems to believe Dick Smith stores have a future.

The Company whose products were sold in limited numbers via Dick Smith stores, before the retailer was placed into administration, has launched a new budget smartphone that Dick Smith stores are struggling to sell because consumers have deserted the mass retailer.
Several retailers and carriers in Australia have chosen not to range the Oppo smartphone range.
ChannelNews understands the Chinese Company cut a deal with Dick Smith receivers who are offering a bank guarantee to manufacturers to get stock into their stores.
In the last quarter Oppo only managed to sell less than 5,000 smartphones according to IDC data, arch rival Alcatel One Touch which is also a Chinese smartphone manufacturer managed to sell 154,720 mobile phones.
Apple sold 924,626 smartphones in the same period while Samsung sold 619,894 units.
Oppo’s new F-series mobile which retails at $299 is only being sold at the Dick Smith stores, what is not known is how consumers who buy an Oppo smartphone will be able to make a warranty claim or get a device serviced if the Dick Smith retail chain collapses, which some observers claim is a high probability.

With their latest release Oppo is pushing the new phone’s photographic capabilities via a 13MP rear camera and an 8MP front-facing camera with a wide f/2.0 lens and a 1/4-inch sensor.
The Company who are set to be a major exhibitor at Mobile World Congress in Barcelona claims the new F series smartphone, allows for more light to enter the camera to provide clearer shot.
The rest of the device which I saw recently in Asia is pretty ordinary.
The F1 has aluminium alloy body that feels a bit tinny, as well as a 5-inch display, which is made from Gorilla Glass 4. While not quite as slim as the 7mm, $529 R7s, it’s quite close at 7.25mm.
The device is powered by a Snapdragon 616 octa-core processor with 3GB RAM.
It also only has 16GB of storage which you can expand to 128GB, but it will cost you.
The device also allows for the use of dual SIMs. The 2500 mAh battery isn’t removable.
Oppo’s new F1 phone will retail for $299, and from next week can be purchased through Oppo directly, or at Dick Smith and Move stores nationwide.

Alcatel One Touch, Dick Smith, Oppo, smartphones
You may also like 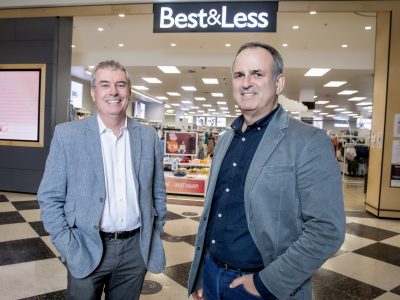