The frank admissions made yesterday, by Australian appliance Company Breville regarding the supply chain problems facing brands are a sober warning for retailers, running into the peak last quarter buying period claim some observers.

What is emerging is that there is the real possibility that Australia could be coming out of lockdown in this period when up to 70% of consumers are vaccinated and looking to go back into stores.

Jim Clayton, the chief executive of Breville claims that there are three key supply chain challenges he is navigating, one is demand with factories in Asia running flat out supplying big markets such as the USA and Europe coupled with component supply.

Second is logistics and shipping with ports struggling to load and unload goods with three key Chinese ports shut down due to COVID outbreaks and the last problem is costs with the price of goods in Australia set to rise due to a falling dollar and rising shipping costs.

The good news is that Australians are cashed up having been restricted as to what they could spend money on during lockdowns with any sort of ‘Freedom Day’ set to deliver a spending boom as consumers flock back into stores.

Jim Clayton, the chief executive of Breville is just one of several senior executives who have said that stock supply is now at a critical point and that orders placed months ago are still in production or struggling to be shipped.

One major PC supplier has taken to trans shipping out of China to Vietnam just to get stock into Australia.

“We have completely managed some of these problems now it’s about getting the product on the water. The orders are there, the product is there, we just need to move it.” Clayton said yesterday.

We now find ourselves in a global drag race between vaccinations and the delta variant.

Currently Breville has more than $70M million dollars’ worth of stock in transit, this represents 34% of their total stock Vs 17% in the prior year.

For some retailers such as JB Hi Fi they have stock, with inventory levels at the end of June sitting in at $938.8m, up $199.5m on the previous year.

Some observers claim that this could be a plus as new stock could include a 20% price rise, a falling dollar is also of concern to some suppliers.

Breville’ s full-year results reveal that the business had a strong 2021 financial year, with sales leaping 24.7 per cent to cross the magic $1 billion barrier for the first time (revenue was $1.2 billion) and normalised net profit up 25.1 per cent to $91 million.

This was not good enough for investors with the share falling down more than 7 per cent in early trade – after Clayton warned that 2022 would be a year of transition.

Clayton was asked by analysts what Breville could do to ensure it had the right levels of inventory for the world’s peak shopping period, which now starts with Black Friday in late November and runs all the way through to Christmas.

The Breville boss indicated it was essentially a matter of hand-to-hand combat on the frontlines of global trade – spotting problems quickly and dealing with them even faster.

That’s probably the best any company can do. There is no quick solution to this supply chain pain and the costs of the mess will increasingly be passed through to consumers.

JB Hi-Fi has built up a product stockpile due in part to retail stores being closed down.

Online sales soared 78% in 2020-21 but of late and due to lockdown restrictions store sales were down almost 15 per cent and more than 8 per cent for its The Good Guys chain.

Games hardware was a key growth category for JB Hi-Fi while at the Good Guys refrigeration, laundry and floorcare was in big demand. 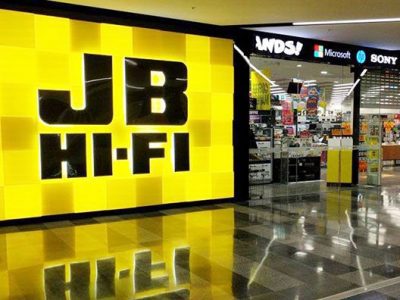