Home > Latest News > Is Inflation An Issue Locally? It Is In The US

Is Inflation An Issue Locally? It Is In The US With a sharp rise in energy prices a big jump in government bond yields and strong inflation figures, it’s looking more likely that the RBA will imminently revise their guidance that there won’t be a rate hike until 2024.

The jump in fuel prices has led to a wider rise in inflation across the past few months, which would likely put upward pressure on interest rates.

Meanwhile, experts are predicting the US is heading towards a period of high inflation due to strong spending and wages. Consumer spending increased in September, flattered by higher prices, but shortages in cars and other goods continued to cause issues.

“The economy has a supply problem not a demand problem,” says Christopher Rupkey, chief economist at FWDBONDS. “The economy has money to burn and that is why inflation will be hard to extinguish.”

There was an increase in spending on healthcare, as well as dining out and hotel accommodation once Covid cases started to ease.

Meanwhile, the wave of infections over their summer resulted in staff shortages at mines, factories and ports, which added to the pressure on supply chains.

With an economy-wide lack of workers there were 10.4 million job openings at the end of August.

This also saw employers boosting wages by a third-quarter record as they competed to get scarce staff on board to get the economy flowing again.

Now, with consumer spending strong at the end of the past quarter, and a boost in consumer confidence, they are heading to a pickup in economic activity in the end of the year.

But shortages and goods growing in cost both pose inflation risks, especially after the slow pace of economy growth in the third quarter.

The third quarter was also the worst for car production since 2009 because of the global shortage in semiconductors, a situation hitting electronics manufacturers everywhere.

“While we expect wage growth to slow over the second half of 2022, as more workers return to the jobs market, the near-term pressure on labor costs will keep inflation elevated over the next few quarters,” says Sarah House, a senior economist at Wells Fargo.

inflation, semiconductor shortage, supply demand, US economy
You may also like 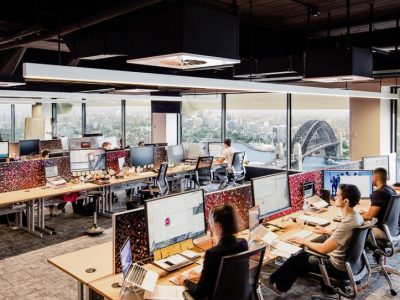