Big W is believed to have the for-sale sticker on the door and Walmart is categorically out of the question according to senior executives of the big US retailer.

According to several financial sources investment bankers have an open brief to find a buyer for Big W after Woolworths yesterday announced the closure of 30 stores.

The sticking issue could be the $7.2 billion in lease commitments over 10 years that are sitting on the Companies books, however there is already $350M in losses which could be considered in a sale, these losses are expected to grow.

According to the Australian the thinking now is that opportunistic buyout funds like Platinum Equity and Oaktree would be more likely buyers of Big W.

Macquarie Group analysts say the cost of the Big W network closure would be $2.3bn, with losses running at about $330m per annum to justify the outlay, but they suggest the business would be likely to return to profit, which means a total closure is not justified. 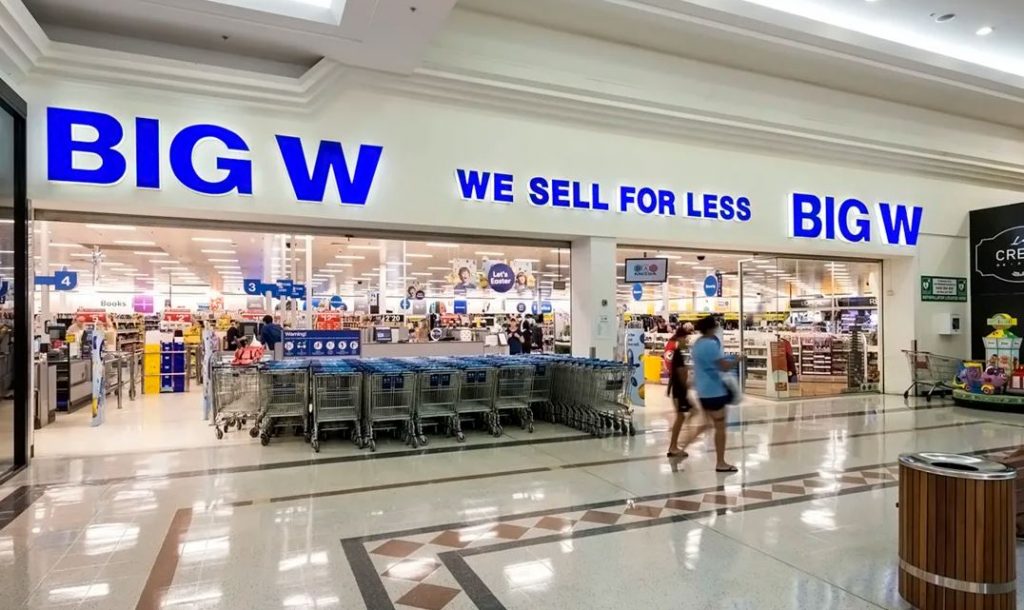 It is understood Citi is the bank that has reached out to sound out prospective acquirers in what is a strong signal that a sale process for the business could soon be under way.

Citi is known to be close to the retail giant. The US-based investment bank sold Woolworths petrol stations for the group last year to EG Group for $1.725 billion.

It is also working on a prospective sale of its pub and liquor division ALH Group, which it owns with publican Bruce Mathieson.

18 months ago, Woolworths rejected offers of $1B from Kohlberg Kravis Roberts, TPG Capital and Blackstone since then losses have risen.

According to Rodger Corbett the former CEO of Woolworths and director at Walmart the big US retailer has no interest in Big W.

Amazon is seen as a major competitor who is hurting Big W sales.

But the real movement was in the revenue line. Typical for the US giant, it focuses on ramping up its sales as opposed to growing profits, with local revenue for 2018 rising to $292.33m from just $17.38m in 2017.

Compounding matters at that time was that Amazon was entering the Australian market in a bigger way. Many believed that would be a crushing blow to Big W and its Wesfarmers-controlled rivals Kmart and Target, and earlier global private equity suitors then shied away.

Yesterday’s news that Woolworths was closing 30 stores to boost profitability perhaps acts a precursor to a sale the Australian claimed.