As well as talking up the company’s commitment to their VR venture Daydream, Google’s latest earnings call also saw the company reveal that there are now more than 70 home automation partners that let users control devices using Assistant on Google Home.

“People are no longer only using a keyboard, mouse, and multi-touch, but are also using emerging inputs like voice and camera to ask questions and get things done in the real world,” said Alphabet CEO Sundar Pichai

“We are seeing this in the way people interact with the Google Assistant, which is already now available on more than 100 million devices since launching last year, and there is more to come.”

Pichai’s comments come only weeks after Google moved to expand Google Home to Australia, ahead of the arrival of Amazon’s Echo and Alexa.

Within overseas markets, particularly the United States, the pair has grown to become the dominant smart home product.

Alexa has been estimated to hold a dominant 70% market share in the US, outselling Google Home 3-to-1.

However, according to recent testing, Google’s Home is said to offer an experience up to 6x more accurate.

Should Google’s product take-off in Australia before Amazon even reaches the market, it could see the latter face an uphill battle in a category.

Alexa and Echo have found their biggest success within markets where they faced minimal competition, at least at launch.

It’s unknown exactly how Google getting to Australian customers first will affect Amazon’s local strategy for the product – but it almost certainly will. 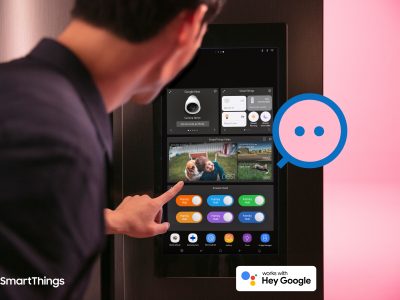 Oh No! Samsung Is Having Another Crack At Trying To Breath Life Into Bixby

Fitbit Adds Google Assistant – Could This Mean The Deal Is Edging Closer?