Is this the sign of struggling company or just plain stupid PR, Go Pro has used Good Friday as the day to announce a new low cost Go Pro despite most media Companies being on holiday and all CE retailers shut.

GoPro CEO Nick Woodman promised late last year that the Company was looking to launch a low-cost version of their action proof premium camera, the new model is capped to a max resolution and frame rate of 1440p at 60 frames per second, so it can’t shoot 4K or super-slow-motion footage.

Called the Hero, it looks just like the Hero 5 and Hero 6, and costs $299.95 in Australia. A similar Laser Corporation offering the NAVIG8R sports camera which also has Wi Fi connectivity is selling for $87 at Big W.

The Go Pro device takes 10-megapixel photos, down from 12 megapixels, and it only has one burst shooting option (10 frames per second) and one-time lapse setting (0.5 seconds per shot).

Unlike the Go Pro Hero 6 Black, which has a custom-built image processor called the GP1, the new Hero still uses an Ambarella chip.

It has a 2-inch touch display, is waterproof to 9 metres. Also built in is voice control so that you can tell it to start and stop recording, take a photo, and turn off. 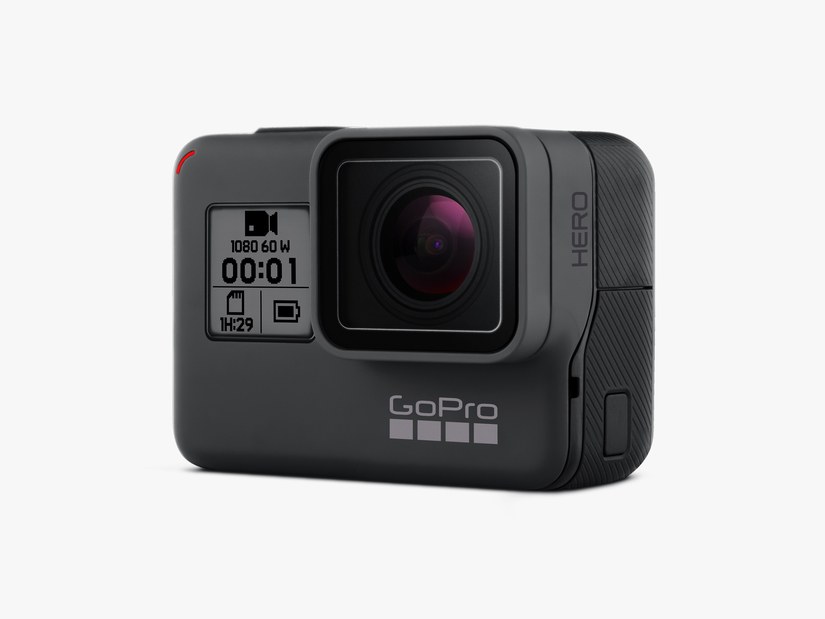 Wired Magazine said that the latest Go Pro release arrives at a time when GoPro’s once tumescent halo has faded. Not long ago, the US manufacturer held the entire action camera market in its brutally dominant grip. But in the last two years, competitors have nibbled away at its market share.

Smartphone cameras have improved drastically, obviating most users’ need for a dedicated video camera. Meanwhile, Asian manufacturers have released dozens of action cams at prices that comically undercut GoPro’s—some feature-for-feature matches of Hero cameras sell for less than half the price of a GoPro.

Looking to diversify, GoPro launched a drone business in 2016, then abandoned it early this year, laying off hundreds of employees. Just last week, GoPro announced it would start licensing its camera tech to third parties. In a long and steady slide, GoPro’s stock has shrunk from over $80 a share in late 2014 to around $5 today.

Go Pro, Low Cost Action Camera
You may also like