Facebook released its ‘Watch’ video streaming service to American users on Thursday, which enables individuals to submit and watch shows. The move will see the ‘No.1 social media network’ rival Youtube for advertising dollars.

As the trend of individuals watching content on their smartphones and tablets has shifted from TV, advertisers have shifted their dollars online also. 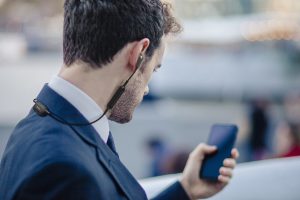 Sources state Facebook is initially paying some content creators to make shows in a bid to drive interest – reportedly between $10,000 to $250,000.

“We are not focused on acquiring exclusive rights. The idea is to seed this with good content”, states Facebook’s Vice President of Partnerships, Dan Rose.

The company is currently testing how advertising will work within shows.

Facebook believes the unique advantage it will have over other online streaming players – as Youtube – will be in the engagement given to users to watch and converse about shows at the same time.

“We think our unique opportunity is around community and engaging with people on topics they love to talk about, states Mr Rose.

Mr Rose gave an example that users could watch exercise programs streamed on Facebook, whilst simultaneously chatting in the relevant Facebook exercise groups.

Facebook states its Watch service is, therefore, more personal, and offers a better community-orientation than rivals. Watch can suggest shows based on a person’s interests, whilst friends can share their thoughts as they watch videos.