Winnings Appliances who are trying to carve out a share of the AV custom install market, are now doing business with a Queensland based Company whose CEO has been linked with several custom install Companies that have been placed into liquidation owing millions of dollars.

Mathew Manalis a Queensland based executive, is listed as  Managing Director of eXperience ONE, a Brisbane based custom install business, which claims they are offering custom install services from Winnings showrooms spanning smart home services including lighting, audio-visual, and security.

They claim to  have their own showrooms from where they  will demonstrate Winning appliances in the future however a search of the addresses listed do not reveal any active showrooms in some of the listed locations.

ChannelNews has identified Manalis as being the same executive who on the 31st of May 2022 signed off on the liquidation of the BMR Group a custom install Company that went bankrupt with debts of $1.6M according to documents lodged with the Australian Securities & Investment Commission.

He is also the same Matt Manalis that has been linked with three other custom install Companies that have been placed into liquidation since 2015.

When Digital Residence that was being run by Manalis, and Brendan Cousemacker went into liquidation in February 2018 ChannelNews reported that the Company had debts of $808,136.

Over $400,000 was owed to the Australian Taxation Office.

The accountant for the Company told Liquidators that he had “never” prepared accounts for the business since the business was established.

According to Liquidator James Imray of Rogers Reidy the Digital Residence business was poorly run.

Back in 2018 a liquidators report into the failure of Digital Residence raised several questions relating to the sale of assets to BMR Group.

A liquidators report relating to Pure Innovations claimed that the “Directors failed to provide information to the liquidator” at the time that he was conducting his investigation, into the failed business and that he was unable to get hold any financial accounts.

He did indicate that business had leases for four Nissan Navara Utes and two Mercedes Benz vehicles.

He also said that his investigations into “Whether any phoenix activity occurred in respect of the Company’s business are ongoing.”

At the time of the Companies failure staff were owed $75,048 in Superannuation payments, BMR took over responsibility for this debt.

Manis told the liquidator in a telephone call that BMR Group paid the sum of $103,286 for the Digital Residence business. At the time the liquidator claimed that he was investigating whether the sale at the time was an “Uncommercial Transaction.”

He asked Manalis to provide a copy of the sale contract.

The document that was provided he claimed , “Did not provide sufficient details on the assets included in the sale.”

Among the creditors for Digital Residence was Sonos, Multimedia Technology GoGetta Equipment Funding, The Westpac Bank, as well as BMR Group who claimed that they were owed $177K.

We have asked Matt Manalis to explain the outcome of these investigations, but he refused to elaborate or comment.

Despite Matt Manalis being a questionable business executive Winnings is now partnering with Experience ONE according to the Companies web site.

What’s not known is whether Winnings who are believed to have lost over $1M when they initially they attempted to move into the AV custom install business, are underwriting the business or providing guarantees to suppliers which according to the Companies web site includes Control 3, Crestron, Savant, Krix, Triad, Philips Dynalite, along with Sony and several other leading brands.

A statement on the Experience One web site claims that the Winnings partnership with BMR Group Pty Ltd (trading as eXperience ONE), is an extension of the Winning Group’s Winning Home business in NSW. This is despite BMR Group recently being placed into liquidation.

The Experience ONE site also claims that the business now has three showrooms in Brisbane.

That in the future will feature a display of exclusive appliances available at Winning Appliances.

The business and operations of the BMR group were transferred to a newly registered entity in May 2022, including the newly formed XperienceONE Brand, and the subsequent immediate liquidation of the BMR Group company with total debts of $1.69M with the biggest debt being $1.4M to the Australian tax office.

Manalis who now refers to himself as Matt claims that as Managing Director of eXperience ONE, “It is a great honour to be trusted by century-old, leading Australian retailer Winning Appliances…., This partnership provides us with the opportunity to supply turnkey solutions and offer the highest level of knowledge and service for homeowners, builders, developers, and architects, which is not being offered anywhere else in Australia today”

There is no mention of how the business is being funded.

When ChannelNews contacted Matt Manalis, he was unable to answer any of our questions claiming on three occasions that “I will get someone to come back to you.”

We are still waiting for answers to several questions.

Ryan Fritsch, Chief Operation Officer, Winning Group, claims on the Experience One web site “We are delighted to partner with eXperience ONE, who are the leaders of integrated home automation in Queensland, to offer our customers the best smart home technologies from around the world. Providing our customers with connected home solutions is a natural next step for Winning Appliances in Queensland.

He added “I t is something that we currently do in NSW with our Winning Home business. ….Our partnership with eXperience ONE, ensures that we can offer our customers installation, programming, and integration of smart technology into one system.”

ChannelNews has put several questions to Winnings, we are still waiting for a reply.

EXCLUSIVE: Regan Webb, Liquidates CI Businesses One Day, Living It Up On Pacific Island The Next 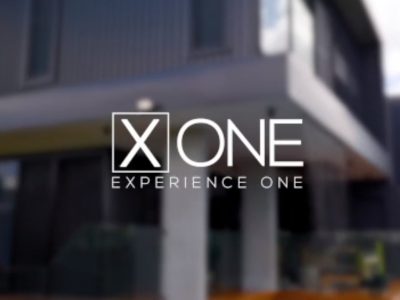 EXCLUSIVE:Experience One Not Registered With ASIC Despite Winnings Appliances Link 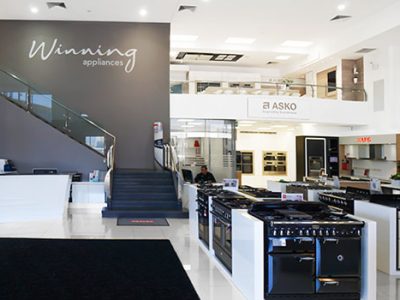