Danny Adamopoulos, who two weeks ago was talking up the launch of three new Motorola smartphones has quit the Lenovo owned Company in Australia.

Adamopoulos the General Manager of Sales for the Asia Pacific and Mature Markets At Motorola Mobility quit days after the launch of four new E-Series and G-series Moto smartphones, all for under $300.

ChannelNews has been told that Motorola has already discontinued supply of their much heralded Razr Flip phone due to poor sales in Australia.

Shortly after ChannelNews broke the story about his departure Motorola responded claiming that ‘Danny first joined Motorola back in 1999 as Retail Channel Sales Manager and has grown in the business over the last two decades in both domestic and international roles.

They went on to say that he played a pivotal part in elevating this company to be a leading player in the smartphone category across Asia Pacific and ANZ.

Adamopoulos was with Motorola for the  introduction of 3G, he launched the Motorola content delivery platform for Motorola devices that was the first to support carrier billing outside the carrier’s own content portals, and brought to market the initial range of 850 UMTS devices custom made for Telstra.

Internationally, Danny spearheaded the re-entry of Motorola’s business back into India with Flipkart and Japan after a long hiatus.

A replacement will be announced in due course the Company said.

Danny Adamopoulos, moto, Motorola Mobility
You may also like 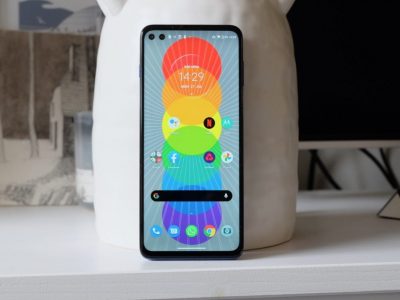