Disney Plus: What’s To Come

As the streaming service war heats up, Disney Plus is making sure consumers knows their service is the go-to place for everything Disney.

The newcomer yet successful streaming service has created a vast catalogue of both new and classic movies and shows to stream. When it first launched last November in the US, Disney Plus already boasted of nearly 500 movies and 7,500 episodes of TV – including Star Wars, Marvel, Pixar and the Simpsons.

But despite the exhaustive libraries of Disney and more recently, 21st Century Fox, there’s still more to come.

Aside from its exclusive streaming for all Disney’s theatrical releases in 2019 and the future, it also offers original shows, films and a big library of legacy productions from both Disney and Fox.

Disney Plus only streams footage rated PG13 or below, anything rated above like R18+ will be available on Hulu.

The original shows and movies set to be released in the streaming services second year are:

As played by Tom Hiddleston, the feature film is set to reimagine the version of Loki seen in the Avenger’s first 2012 film. The Loki series is said to explain what whappened to Hiddleston’s character following the events of the film, according to Marvel Studios president Kevin Feige.

Marvel Studios’ first animated series will draw on inspiration from the comic book series which featured the same title. Each episode will explore a critical moment from the Marvel Cinematic Universe and turn it upside down, leading viewers into alternate scenes.

The Hawkeye series is set to see Jeremy Renner back in his role as the archer and will also feature Kate Bishop, who in the comics becomes the next Hawkeye.

Diego Luna is set to return to his role of rebel spy Cassian Andor in the series set in the formative years of the Rebellion prior to the storyline of Rogue One: A Star Wars Story.

Earthkeepers is reported to b e a cinematic documentary series that will document people as they change the way they see the animal kingdom.

The documentary series is based on the book of the same title and will tell the story of how an unsung workforce of women helped create some of the most adored Disney animated films.

Disney Plus also has other originals in the makings, but details are still sparse. A Lizzie McGuire is rumoured to be set for a reboot as well as a National Geographic documentary called Science Fair.

disney plus, Feature Series, Original Films, Streaming Service Wars
You may also like 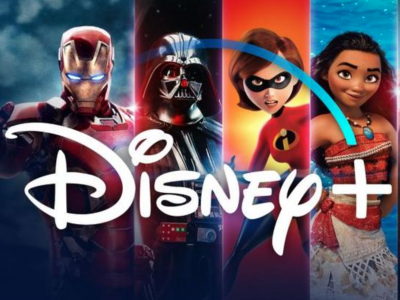