Cyberwarfare Attack Against US ‘Likely’ Retaliation From Iran After Soleimani Murder

Iran has promised ‘forceful revenge’ against the US after the Trump-ordered drone strike that killed Major General Qassem Soleimani – with experts warning it could be ‘devastating’ cyberwarfare.

Cybersecurity experts warned that Iran has spent years committing itself to becoming a formidable ‘intelligent cyber opponent’ and was likely to capitalise from that in online attacks against the US.

The speculated attack could target online infrastructure across the US military as well as the private sector, according to the experts.

‘Iran is an intelligent cyber opponent with an army of people testing our systems every minute of every day. It is the ultimate game of cat and mouse,’ Sam Curry, the chief security officer at Cybereason, told Business Insider.

But the US has also heavily developed a strong cyber defence system, says Kiersten Todt, a cybersecurity adviser in the Obama administration and the managing director of the Cyber Readiness Institute.

‘I absolutely think that they will look to attack our critical infrastructure on the homeland… Our capabilities and our preparedness for that type of attack is strong, and our military is extremely well prepared for this,’ Todt told the publication.

Defence efforts from the US will also be aided from the recent leak of Iranian cyber operations on the dark web to media last year.

Charity Wright, a former National Security Agency analyst now cyber-threat analyst for IntSights, said the leak provided the US an opportunity to change their defence tactics.

‘These types of attacks could be devastating if the target is ill-equipped with proper defence. However, recent disclosures about how Iranian cyber groups operate has left them scrambling to change tactics and cover past operations. This does give Iranian opposition an advantage.’

Iran has focused heavily on cyberwarfare since 2010, after a cyberattack impacted its nuclear facilities. 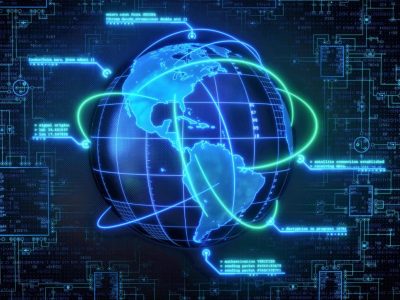