COMMENT: Triple M Has Got To Be Praised For Sticking It To Triple J

Triple M has got to be praised for standing up to a bunch of people who are trying to change the Australian way of life.

When tax payer funded and socialist and left leaning radio station, Triple J, decided in their unwise wisdom, to drop putting to air their Hottest 100 songs on Australia Day, a day they believe should not exist, Triple M has stood up to them by rolling out their own top 100.

This has already got right up the noses of a bunch of radical left leaning individuals who believe that they have a right to change the way that millions of Australians want to lead their lives.

They have already labelled Triple M “Rednecks” for simple giving this rabble of Indigenous Community and other hangers on the two-finger salute.

At least Triple M are smart enough to realise that all the issue has done is given millions of Australian a reason to tune into Triple M on Australia Day.

Let’s face it if Triple J believe that that they have influence and that we the majority in Australia should bow down to the thinking of a rabble, who I suspect are by majority either sponging off Government handouts, or are employed in public service jobs.

One has to question why haven’t they started the top 100 Indigenous Community hits or the top 100 Muslim hits to replace the Hottest 100 songs they have traditionally played on Australia Day.

Then there is the Fairfax media mob who are equally as socialist as Triple J.

The Sydney Morning Herald claimed that Triple M ‘has sparked widespread outrage and even caused an internal rift over a controversial plan to broadcast their own version of the Hottest 100 on Australia Day”.

What garbage. A small rabble of people and that’s what they are, have winged and complained and Fairfax like they do have suddenly got a headline that’s a million miles away from the truth.

Then again Fairfax circulation is falling, and they are laying off journalist in the dozens which is not surprising as their editorial has become the parish newsletter for the deprived hard done to, public servants and an Indigenous Community not people with money which their glossy advertising is directed at.

Fairfax claim that the announcement has triggered intense backlash on social media, with many accusing the radio station of being tone deaf as well as purposefully trying to offend Indigenous Australians.

This is another piece of Fairfax garbage.

Millions of Australians have not responded on social media because they could not be bothered to respond, they will have their say on the 26th of January when millions will come out and celebrate Australia Day, while Triple J and their small band of offended Indigenous Community members along with Triple M personality Will Anderson are getting their nickers in a twist over the horror that the bulk of Australians will be celebrating Australia Day.

Will Anderson has said he is disappointed by Triple M’s decision to broadcast an “Ozzest 100” countdown on Australia Day. 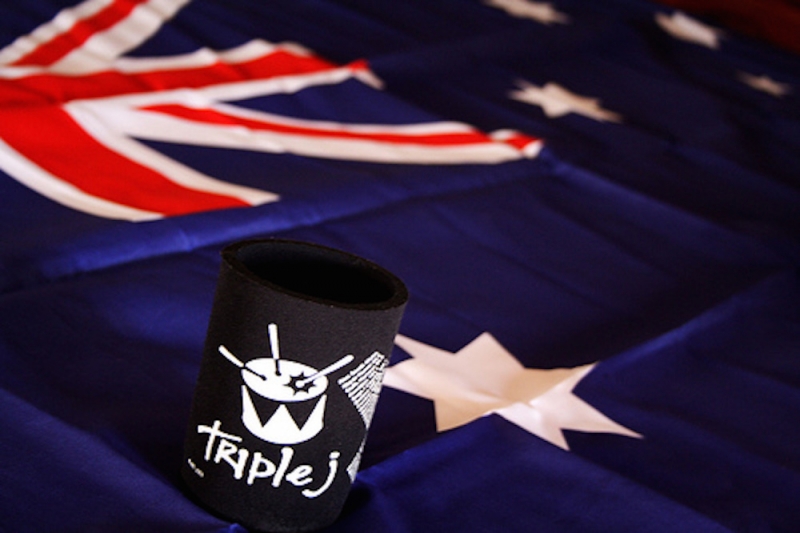 He bleated,”[I] have made that clear to management yesterday and will continue to hold and prosecute why I don’t think it’s a good idea,” he wrote. “I was as shocked and disappointed as you would imagine as someone who has vocally and on the record expressed how proud I was of triple J.”

This whole issue blew up two months ago Triple J announced they’re changing the date of the annual music poll amid a growing debate about what January 26 means for Indigenous Australians.

Triple J defended changing the date of the Hottest 100 on the grounds that 60 per cent of its listeners supported a change.

Really, out of 18 stations listed in Sydney’s top 18. Triple J came in at 17th in the latest ratings announced after their decision to drop the 100 hottest songs. Their share of people in the 18-24 was down a staggering 18%.

This is information that Fairfax omitted from their story.

Triple M on the other hand saw a modest amount of growth, climbing 0.7 points to a share of 6.2%.

Australia Day, Triple J, Triple M
You may also like

Nine Radio Still The One, As ABC Ratings Slide