You have got to give to Apple, they will do anything to make a buck and that involves screwing their existing customers in an effort to get them to spend more money on a new iPhone.

Overnight Apple has admitted to slowing down the performance of older iPhones, which in plain English means that if you bought an iPhone 7, 12 months ago Apple is already doing their best to nobble the device so that you complain about the sudden slow speeds of your older iPhone.

Earlier this week Primate Labs – a company that makes an app for measuring the speed of an iPhone’s processor – published data that revealed slower performance in the Apple’s iPhone 6s and iPhone 7 models as they aged.

In response Apple today acknowledged that it does take measures to reduce power demands on older phones a process that slows down the processor and causes problems for current owners.

It was only last week that two iPhone 7 owners told me that they believed their iPhones that were only a few months old had suddenly “gone slow”, now we know why.

What is not known is what is the reaction of the Australian Competition and Consumer Commission especially as Apple has on one hand sold an expensive device and then a few months later attempted to nobble the performance of that device.

Apple has tried to justify their actions claiming that the problem stems from the fact that all lithium-ion batteries degrade and have problems supplying the big bursts of demand on a processor as they age and accumulate charging cycles, Apple said in a statement.

The problems with peak current draws can also occur when batteries are cold or low on charge.

” Last year we released a feature for iPhone 6, iPhone 6s and iPhone SE to smooth out the instantaneous peaks only when needed to prevent the device from unexpectedly shutting down during these conditions, “Apple went on to say.

” We’ve now extended that feature to iPhone 7 with iOS 11.2, and plan to add support for other products in the future.”

It appears that Apple is the only smartphone manufacturer trying to change the characteristics of a device. Samsung, HTC, Altel, and Huawei all claim that they do not engage in slowing down prior models. Questions have also been raised as to why Apple is slowing down iPhone 7’s that are only six months old.

A former head of Samsung’s Communication Division said, “What rubbish, this is quite clearly an attempt by Apple to get people into stores so that they offer them a deal on a new iPhone”.

New Samsung Note 8 To Be Launched In August 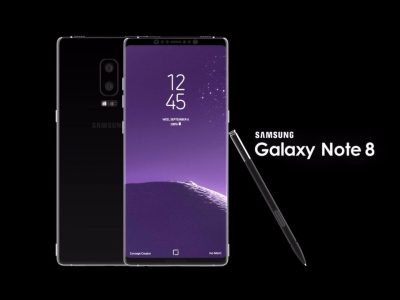 New iPhone Set To Be Slow Vs HTC U11 & Samsung S8
Coming Up? A Curvy iPhone