As catastrophic fires burn across NSW It’s carrier network infrastructure that’s failing rural Australians who can’t get a signal to save their lives claim observers.

Stuart Ellis, chief executive of the Australasian Fire and Emergency Service Authorities Council has compared conditions to that of Black Saturday 2009 in Victoria.

SW RFS Commissioner Shane Fitzsimmons said that there are areas where communications are “limited or even non-existent”. The RFS has to resort to ‘portable (reception) cells on wheels’, however with the bushfires continually shifting and changing, the firefighters are unable to position them correctly he added.

Commissioner Shane Fitzsimmons briefing all agencies at #NSWRFS HQ. “We’ve got the best people to do what needs to be done. I thank you in advance for what you need to do and will do”. #nswrfs #nswfires pic.twitter.com/PCq2bNMCCL

While the Mobile Black Spot programs have been in effect around the country for years now, Optus VP of Regulatory and Public Affairs Andrew Sheridan said, ‘there is a genuine need for improved telecommunications services’.

What’s more, according to Deputy Premier John Barilaro, ‘it’s dangerous, leaving people in the regional and remote areas without a lifeline — literally.’

It comes as German telecommunication companies forge alliances ‘to combat dead spots and increase mobile communications coverage even in areas where it is not profitable.’

As reported by Telecoms.com, Vodafone Deutschland, Deutsche Telekom and Telefónica Deutschland will be joining forces to improve cellular infrastructure in rural areas, in an alliance that will see each business deliver an equal number of cell sites.

‘Mobile communications will be the most important technology in the coming decade. And we are pooling our resources to put Germany in an ideal position,’ said Markus Haas, CEO of Telefónica Deutschland.

The NSW RFS is urging rural residents to download the Fires Near Me NSW mobile app, available on both iOS and Android, however, if cellular networks are down, and a 4G signal, let alone a 3G signal cannot be obtained, what use is it in the face of catastrophe?

There are still more than 60 bush fires burning across the state. All fires are now at Advice and Watch and Act. Stay updated with the Fires Near smartphone app or online at https://t.co/NpNcAULBPT #nswrfs #nswfires pic.twitter.com/rqzJDvNwhv

Sony Shifts From Console, Half Of All Games On PC And Mobile By 2025

52% Of Gaming Revenue Coming From Mobile

Samsung Boost The Gaming Capabilities Of The Galaxy S22 Range 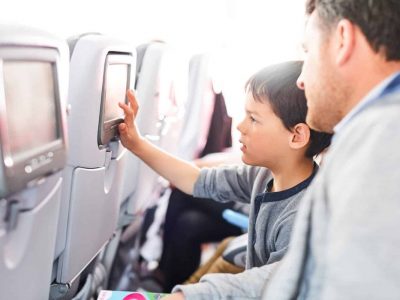