BREAKING NEWS: Sonos Dump 96 Staff, Ahead Of An IPO & Settle With Denon HEOS

Desperate to get a float away Sonos, has moved to axe nearly 8% of their staff, in an effort to cut costs and improve their profits ahead of an IPO.

The move comes as competitors eat into their distributed audio market share.

The Company that is looking to do a capital raising via a public float has slashed 96 staff with cuts tipped to be made at the Australian operation.

This is not the first time that Sonos has been forced to lay off staff. Back in March 2016 John MacFarlane the former CEO admitted that the wireless speaker manufacturer misjudged voice recognition technology and that the Company had to lay off staff.

In other announcement and in an effort to avoid a messy court case where subpoenas could be used to access information the US Company has settled their legal dispute with Sound United the owners of Denon HEOS.

The owners of the HEOS sound system which is seen as a superior 24bit sound offering to what Sonos is currently offering said that the settlement which has been reached weeks out from a Sonos IPO, will result in no changes to the HEOS offering.

Sonos sued Denon back in 2014 claiming the 24bit HEOS speakers Vs the 16bit Sonos offering was too similar to Sonos’ own and infringed on at least four of its patents.

“Our direction with HEOS is unchanged, and we’ll continue providing amazing-sounding solutions globally while furthering our vision of delivering joy to the world through sound” Kevin Duffy, CEO of Sound United said in a statement.

A spokesperson for Sound United confirmed that the HEOS range will remain unchanged, though either Sonos nor Sound United have released the terms of the agreement.

Their latest sacking of 96 staff is the second major axing of headcount at Sonos who refuse to reveal their revenues or profits.

Currently the Company who has 1,450 staff is bypassing the specialist audio channel while also trying to strip share away from their mainstream retailers by selling direct.

The move which is aimed at eliminating the margins that they have to pay retailers is being driven by direct EDM marketing which insiders have said is “not” delivering the results they forecast from the Australian market.

Recently the PR Director of Sonos Australia Philipa Thomas took aim at ChannelNews after we broke the story that long time PR Company Webber Shandwick had been dumped by Sonos.

Known for her emotional outbursts when stories don’t go the way she wants Thomas got “abusive” when we refused her demands to take the story down.

The US Company whose technology is now limited to 16bit audio output is now having to Compete up against the likes of Meridian, Heos by Denon and Bluesound as well as several others Hi Fi Companies who are able to deliver 24bit audio.

The company will eliminate 96 staff with cuts set to be made across several departments.

The Company said that the cuts were “designed to boost profitability”.

Analysts have told ChannelNews that the cuts are being made because Sonos is struggling to deliver improved profitability as more competitors emerge in the networked audio market.

Bloomberg reported that Sonos has filed confidentially for an IPO which is tipped to go ahead in June.

They are said to be targeting a market value of US$2.5 billion to $3 billion.

On June the 6th Sonos is set to launch a new HDMI connected device with voice activation.

“Like any healthy business, we occasionally make adjustments to the size and structure of our teams to stay nimble and align resources with market opportunities,” it said in a statement.

“The more profit that they deliver to the bottom line the better their IPO will look” one analyst said.

It appears that at Sonos people and their livelihoods are dispensable for the sake of profits.

Sonos Australia, Sonos One, Sonos Sack Staff
You may also like 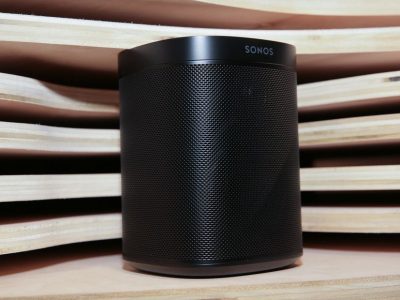