Belkin has launched a range of products that pair perfectly with the newest iPad Pro, which began being sold in Australia in April. These accessories offer more convenient charging or expand the functionality of the iPad Pro. All of the Belkin products detailed below can be purchased at both Apple.com/au and Belkin.com/au.

Belkin’s Boost Up 30W Wall Charger is MFi-certified by Apple, which assures its compatibility with iOS devices. The charger has both an 18W USB-C port (the iPad Pro has a USB-C connector) as well as a 12W USB-A port, so you can charge two devices simultaneously.

Belkin provides a two-year warranty for the wall charger as well as a second warranty that protects your connected equipment (when it is properly connected to the charger) up to the value of $2,500.

The Boost Up 30W Wall Charger does not come with a cable, but a matching Belkin Boost Up Charge USB-C to USB-C Cable and leather strap can be purchased for $29.95. It is available in pink, white and black.

The Belkin Thunderbolt 3 Express Dock HD expands the functionality of the iPad Pro, allowing users to use their tablet more like a laptop or a desktop computer. The dock enables users to charge their iPad Pro and drive two 4K displays (or one 5K display) at the same time, and also facilitates data transfer up to 40Gbps.

It supports charging, high-speed PCIe data transfer, DisplayPort, VGA and HDMI (with supported adapters) from a single port. The Belkin Thunderbolt 3 is twice as fast as its predecessor. It delivers up to 85W of power and allows daisy chaining up to four additional Thunderbolt devices.

There are two Thunderbolt 3 USB-C ports, one DisplayPort video port, three USB-A 3.0 ports and a 3.5mm mic line and audio out, as well as a Gigabit Ethernet port. The device weighs 2.9kg.

This adapter allows you to connect your iPad Pro directly to wired networks when Wi-Fi connections are weak or unavailable. This is particularly important if you are using the iPad Pro for work, school or university. Apple’s $499 Magic Keyboard could also prove useful if you’re using your iPad Pro in this capacity. The adapter has a cable length of 15cm. 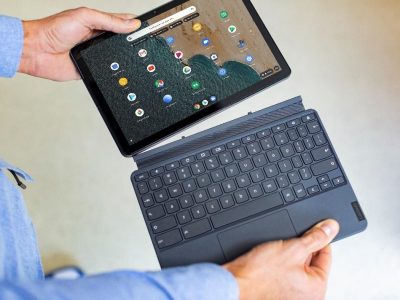 Sonos Facing Big New Problem & It Could Be Down To An Aussie
Latest News Multi-room Speakers Smart Speakers
//
David Richards
/
0 Comment
Struggling network sound Company Sonos is facing new problems this morning after it was revealed that one of Apple’s best-known... Read More