After a massive failure in the Australian smartphone market Huawei is now trying to flog notebooks at JB Hi Fi and is splashing the cash on expensive isle ends while at the same time opening up their own retail stores.

The move to expand their own retail network after carriers stopped selling their problematic Android devices will see the Chinese Company who has been banned in several Countries in Australia competing head on with retailers, they are also moving to sell via their own retailers products that retailers have rejected in their stores.

Huawei smartphones can no longer run popular apps such as YouTube and Google Maps, Fit or Google Home needed for voice activation, nor the official version of the Google Android operating system. Huawei claim that they have found workarounds for its Chinese customer who they are relying on to drive sales.

It’s latest Australian store at World Square in central Sydney opens on October 1, this is an area of Sydney that is located right next to China Town and attracts a lot of Asian visitors and nationals who are familiar with the brand that got kicked out of being a provider to the UK network BT.

Overnight it was revealed that Nokia is set to become a major beneficiary of Huawei being blocked from the UK’s 5G networks providing additional base stations and antennas to let EE customers’ devices make calls and transmit data via the UK firm’s 5G “radio access network”.

Currently Huawei is building another store at Hurstville in Sydney’s south and plans to open it near the end of the year.

“We just have to continue to grow in the current economic environment and see what happens,” says Paul Jowet, marketing director for Huawei consumer business Australia.

He made no mention of what OS the new smartphones will run or whether the products being sold by Huawei are a security risk especially their new notebooks which one Company told ChannelNews would be a high risk brand to connect to a corporate network.

ChannelNews understands, that like in the past with the roll out of their smartphones, the Chinese Company is ‘Splashing the cash” with instore marketing cash handouts for retailers who have delivered Isle ends a key positions in their stores.

Huawei’s market has been heavily smashed by consumers rejecting their products with the federal government leading the charge internationally to ban the use of Huawei 5G equipment in Australia, citing security concerns.

Also banning the brand is the UK and the USA who has also introduced bans on organisations supplying Huawei.

Separate action by the US government to prohibit American companies selling hardware and software to Huawei has impacted sales of its smartphones.

Speaking to the Australian Mr Jowet says Huawei continues to be positive about its Australian business. “There’s no question that we face some challenges around like most businesses, but we will continue to bring the most innovative products to the Australian market like P 40 Pro Plus (smartphone), the Watch Fit (smartwatch) and the Matebook X Pro.

“We said at the start of the year that not only are we going to continue going forward with our handsets, but we want to increase our range and build on our strategy.”

Mr Jowet says there is no question that Huawei wants to build more retail stores “but we just have to monitor what happens”. 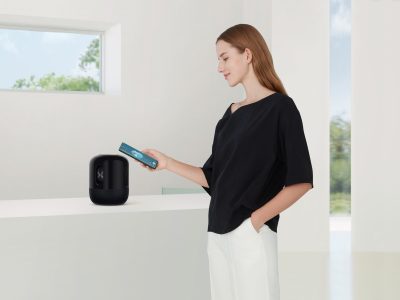