As Aldi strips appliance share away from Australian “value” brand suppliers, a NSW Company has come up with a unique program that mass retailers are embracing.

The Home Appliances Group who distribute the Euromaid, Baumatic, IAG, ARC, Lemair, Venini, Lofra, Prossimo, and Pacini, cooking appliance products in Australia has revenues of over $100M and is growing at over 20% per annum.

The unlock key top their success is the Company’s ability to price protect products by delivering unique products for individual retailers.

The Baumatic Compact Multifunction Oven sold at JB Hi Fi is from the same Spanish manufacture as the one sold at The Good Guys, the big difference however, is that the facia and the model numbers are different.

This is achieved by working with manufacturers to tool products without compromising the overall performance of an individual appliance being sold in Australia.

According to Stephen Rorie the CEO of Home Appliance the strategy allows the Company to work with multiple retailers while at the same time being able to deliver a “unique product for each individual retailer” he said.

“Consumers searching for cheaper prices are not able to find the same product at a different retailer. This allows the retailer to maintain their margins” he said.

Last year the publically listed McPherson Group acquired the outstanding share in HAG, they initially invested in the Company back in 2013.

“We are an appliance Company who likes to fly under the radar, we are catering for several sections of the market via different retailers by deliver unique products. We even cater for the upright stove replacement market; this enables consumers to replace an old stove with a new stove in a beach house or older terrace where a 90cm upright is the only stove that will fit because of surrounding cabinets” Rorie said.

Rorie who was appointed CEO after a stint at Super Amart and Barbecues Galore retail group, where he was the COO.

The Company that is 100% Australian owned is confident that the Company can continue to grow and is currently expanding their after sales and “after warranty” operations as Rorie believes that additional revenues can be generated via this channel. 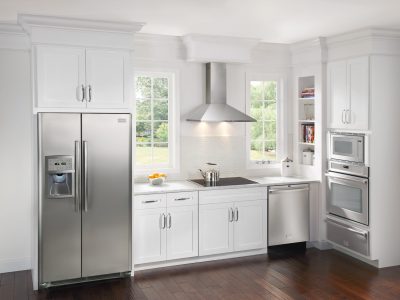