Factory workers at an Apple production plant rioted on Thursday, in a protest against strict COVID-related protocols that effectively makes them prisoners.

Footage shared by US government-backed news service Radio Free Asia (below) shows hundreds of workers spilling over security barriers while guards in hazmat suits attempt in vain to stop them. A portion of the footage shows a violent altercation between male and female workers; one of the males appears to be choking the other, while the woman attempts to stop it. 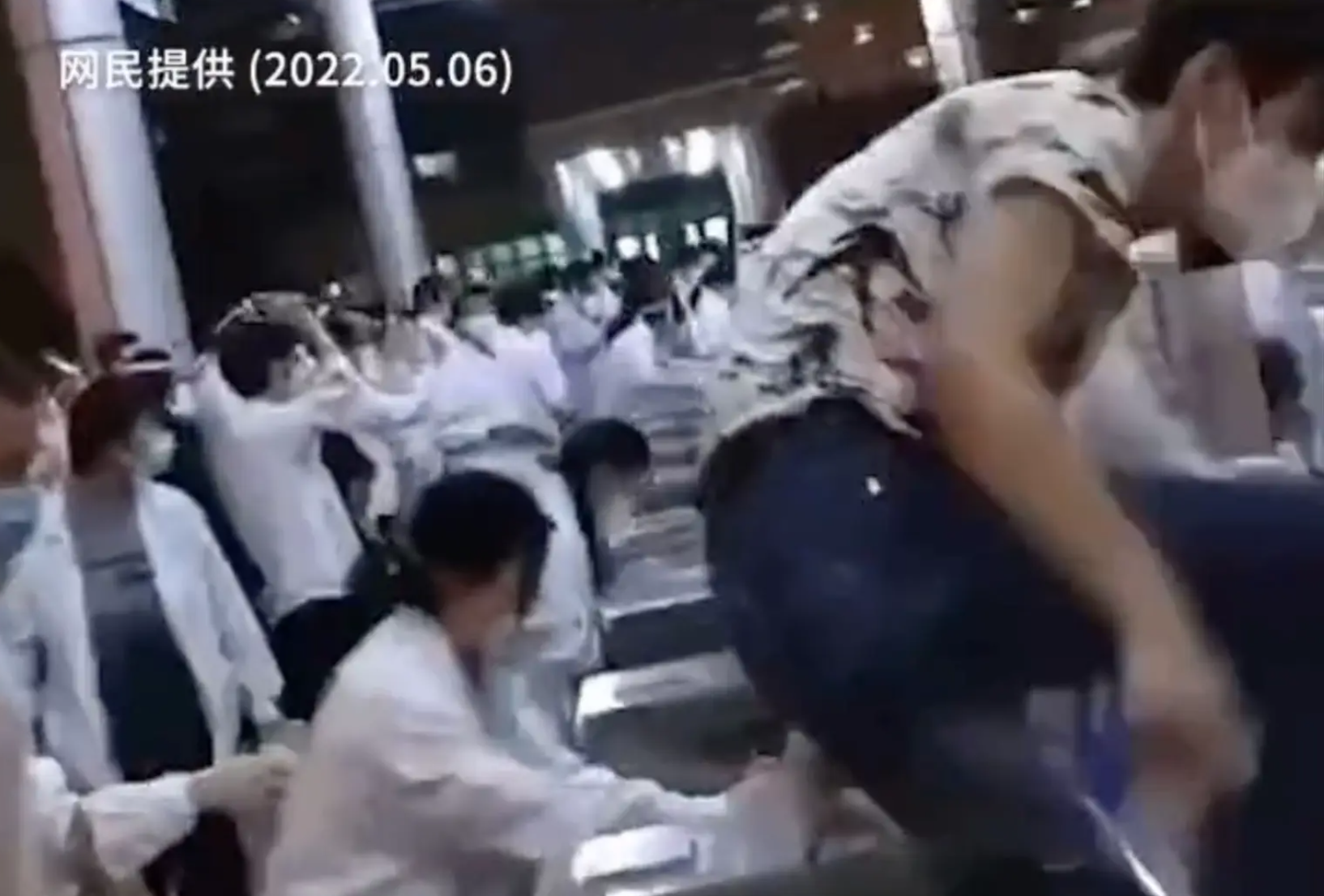 The workers were employees of a Taiwanese-owned Quanta Computer factory in Shanghai that makes MacBook laptops. Staff had been working in a ‘closed loop’ system for a month, where they move from factory to dorm rooms and back again, without any access to family or friends.

Such systems are designed to ensure production continues while Shanghai remains in a city-wide lockdown.

Clearly, there is a tipping point for staff.