Apple retailers in particular the specialist IT channel claim that sales of Apple PC products including MacBooks have “slumped” in Australia following a move by the big US brand to lift prices, but more concerning for Apple is that once loyal Apple customers are now moving to alternative platforms.

Late last year Apple introduced a series of major upgrades while also lifting the price of their PC offering.

The Mac Mini, for starters, got its first update in four years there was also a revamped MacBook Air, along with what Apple claimed was improved design and more powerful specs.

Apple also given the 2018 MacBook Air a price bump.

Around the world Apple was slammed for their steep price rises.

Lifehacker claims that Apple has never really catered to the budget end of the market but even the Mac mini starts at $1249 and that’s with a pissy little 128GB SSD.

They said that ‘There’s no change from $2000 when you jump to 512GB of storage and you’ll need to add a display, mouse and keyboard to that package’.

The iPad Pro is expensive.

The iMac is not terrible value at $1599 for an entry level 21.5-inch model but the laptop range no longer boasts a mid-range option with the new MacBook Air getting a hefty price increase over its predecessor.

Today and like their iPhones Apple products are expensive and there are few affordable entry points for new customers.

As for the future their Taiwanese manufacturers are already cutting back on 2019 production of Apple PC products. They claim that shipments of MacBook series are expected to fall significantly however there is some comfort for Apple as demand for AirPods and the Apple tipped to pick up significantly when new models are launched in April.

In 2018, Quanta has confirmed that they only delivered 37.6 million MacBooks this was down 11.3% on the prior year.

Inventec a major assembler of AirPods expects its shipments of the device to grow further in 2019, as Apple rolls out AirPods 2.

Quanta and Compal Electronics are currently the two main suppliers of the Apple Watch.

They have confirmed that that a Series 4 Apple Watch will be launched in September 2018.

The device will feature new health monitoring functions and is expected to be a key product for Apple in 2019. 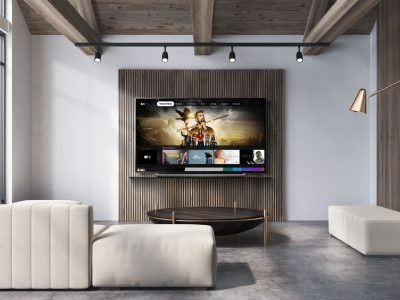 2019 iPhone Could Have Triple Rear Lens