Apple Moves To Fix Another Round Of iPhone 8 Problems

Apple has been forced to release a second update for their problem plagued iPhone 8 only days after its release, this time it was to fix noise problems.

The latest update comes just two weeks after the software was released – and a week after Apple was forced to issue an ’emergency’ 11.0.1 update to deal with other major issues. No announcement has been made as to why certain devices are splitting open with some observers pointing to battery problems.

Australian retailers are believed to be offering refunds on the new device, we have also been told thast sales of the new iPhone 8 have “seriously slowed” as problems emerge.

Other problems included battery life drain, random shutoffs, and an iPhone that gets ‘stuck on certain apps.

Their latest iOS 11 update, including a fix for the mysterious ‘crackling’ noise heard by some iPhone users when they used their expensive new device.

After the new operating system rolled out two weeks ago, iPhone 8 and iPhone 8 Plus users complained of hearing a bizarre sound during calls and FaceTime, along with several bugs in the system itself.

The latest release, iOS 11.0.2, claims to fix the crackling issue and problems pertaining to ‘hidden’ photos and inaccessible emails.

The MacRumours thread was started by a user called Vask, who wrote: ‘Is anyone else experiencing a crackling static noise from the earpiece during FaceTime or cellular calls?

‘Strange thing is this noise happens randomly, roughly 1 in 3 calls. This is happening on iPhone 8 plus.’

The thread has dozens of replies from users who experienced the same issue.

Since the new operating system first rolled out, unhappy users have made one thing clear – iOS 11 is a battery life killer

But, that isn’t the only problem.

Others have reported that the system is generally glitchy, giving rise to problems with Apple Pay, TouchID, and iMessage.

Some users have also reported a bug where their phone network is shown in Chinese characters – even if it’s a UK or US network.

In response to the complaints, Apple put out a quick fix, issuing iOS 11.0.1.

Many users are complaining that apps are crashing when they try to open them, or are failing to load altogether.

User leejoness said: ‘Ever since I upgraded, launching apps is an absolute chore.

‘They either crash back to home, freeze and require closing the app or take well over a minute to load claim users.

‘I never had a single issue with my 7+ before last night and now suddenly it’s like this phone is stuck in quicksand. 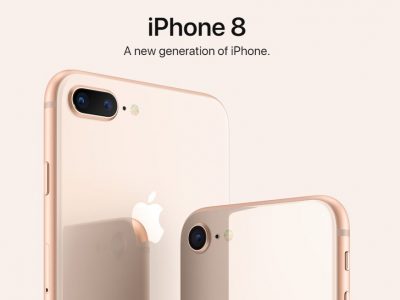