Apple who is struggling to grow, with both iPhone, MacBook and iPad sales slumping has been slammed by the big four Australian banks at the same time the Company is moving to sack hundreds of employees.

Overnight it was revealed that Apple who is desperately looking for the next big thing has drastically scaled back its automotive ambitions, leading to “severe” job cuts.

According to Bloomberg hundreds of members of the ‘Apple car team’ have been let go, or have left of their own volition in recent months.

Apple was hoping to have a crack at building their own Apple car.

Now Project Titan, is all about developing an autonomous driving system that gives Apple flexibility to either partner with existing carmakers, or return to designing its own vehicle in the future, the people also said.

Apple executives have given the car team a deadline of late next year to prove the feasibility of the self-driving system and decide on a final direction, two of the people said. Apple spokesman Tom Neumayr declined to comment.

In Australia three of Australia’s big four banks have described technology giant Apple as being “intransigent, closed and controlling” and accused it of attempting to freeload on their contactless payments infrastructure while slowing innovation in digital wallets.

In an increasingly acrimonious dispute, Commonwealth Bank of Australia, National Australia Bank, Westpac Banking Corp and Bendigo and Adelaide Bank are arguing that the engineering of Apple iPhones prevent them from delivering mobile wallets to millions of customers. This is because Apple Pay is the only application that works with the iPhone’s “near field communication” (NFC) antenna, which communicates with payment terminals. 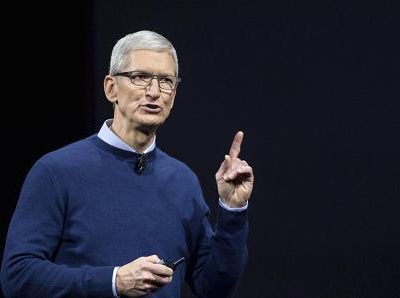 Dell Sales Bonanza On eBay With 20% Off PC Products
Dell Latest News
//
April Glover
/
0 Comment
Dell is slashing 20 per cent off laptops, monitors and other PC products on eBay. The discounts are limited to... Read More