Australia’s #3 smartphone brand Alcatel appear to have scored a major win with their sponsorship of Premier League side Liverpool who over the weekend won the European Champions League in a 2-0 win over London club Spurs.

Alcatel’s sponsorship in Australia of the Liverpool club has proved a big winner for Alcatel who will sell close to 1M smartphones this year in Australia.

In comparison Huewei who has tried to lay claim to the #3 spot have only shipped half of what Alcatel has shipped according to Australian Border Force who now manage the old customs operation in Australia.

According to the CEO of Alcatel in Australia Sam Skontas their investment in the Liverpool club and their fan base in Australia has proved highly successful. “Liverpool is an iconic club, a massive brand and has got an amazing reach globally,” says Skontos.

Alcatel is a TCL owned Company and at this stage it’s tipped that the Company could bring a special red Alcatel smartphone following the clubs win of the European Soccer Championship.

Estimates have placed Liverpool FC’s global fanbase at about 115 million.

“In Australia and New Zealand, it has got a really strong, passionate fanbase and we are benefitting from this claims Skontas”.

“What it means for us is that by aligning our brand we get more exposure to a passionate and loyal supporter base. If you hadn’t heard of us but you’re an EPL fan, you will now have heard of us.”

In Australia it’s now believed that Alcatel has over 25% of the prepaid market making them clearly the #3 smartphone brand on volume. The Company also sells and markets the Blackberry brand.

According to local management the Company is now looking at the concept of bringing out a Red ” You’ll never Walk Alone” smartphone to celebrate the win.

The Alcatel sponsorship package with Liverpool involves promotions, access to merchandise, “money can’t buy experiences” (such as trips and corporate hospitality to games at Anfield), player imagery on above the line advertising and promotion, and first right of refusal to sponsor games that Liverpool play in Australia. 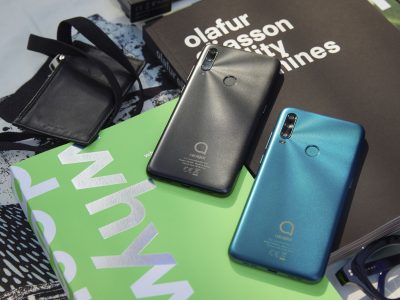 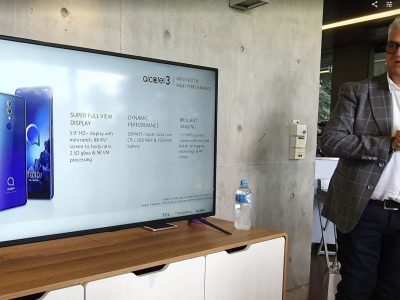