Home > Brands > Apple > A New 2017 Smartphone Battle Has Kicked Off, But Who Will Be The Winner?

A New 2017 Smartphone Battle Has Kicked Off, But Who Will Be The Winner?

It’s on the battle of the phone brands, Apple Vs Samsung and the contenders for the scraps in the smartphone market which will see the likes of LG with their V30, Nokia with their 8 Series and HTC with their U11 go head to head for the last 25% of the premium market that Apple and Samsung don’t already own.

But what is the best premium smartphone out there.

I am a firm believer in the notion that a company that makes their own components and have an excellent design record has a better chance of delivering the goods.

The launch of the Apple iPhone X and an iPhone 8 has utterly confused the Apple faithful, “do I buy the X or the 8” or do I stay with my iPhone 7.

This a question that millions of iPhone owners are asking themselves and if pre-orders are anything to go by millions are staying with their iPhone 7.

Do I go for the Samsung S 8 or the new Note 8 is another big dilemma for Android smartphone users who are also being challenged by excellent offerings from the likes of HTC, Nokia and LG.

The glue that sticks iPhone users to Apple is the iOS which in the new iPhones is basically is a major upgrade of what Steve Jobs delivered 10 ago.

What is wrapped around the new iPhone X and iPhone 8 are components made by the likes of Samsung and LG. This includes the screen, memory and several other key components.

So, the question is, do brands like Samsung and LG keep the best components for their own devices.

For me I really like the Samsung Note 8. I have just used it in Europe for three weeks in the most demanding of environments. It has a new S pen which is outstanding especially when you want to translate German or Spanish to English or write quick notes.

As for the cameras, it’s the best there is out there.

Having said that the V30 is a seriously capable device, it has the same processor as the S8+ and has one of the best OLED screens which is not surprising as LG makes OLED screens for several well-known brands.

Another brand that is now getting traction is Huawei who claim to be the #1 phone brand in the world due to their Chinese sales. At the recent IFA show the Company introduced a new processor which is set to go into their new devices, the Company will also launch a contender designed to take on the iPhone X.

The real issue for me right now is does the Apple offering justify the $1,866 price tag for the Apple X or is the Note 8 the better buy at $1,400. The answer is clearly no, this is price gouging on a grand scale especially as the Samsung offering delivers genuine Samsung components and includes second and third generation technology that is only now making it for the first time into an Apple iPhone.

At the end of the day consumers will be the decider and if pre orders are anything to go back Samsung is romping it to the start line, while Apple iPhone users are still dithering and dallying as to what is right for them. 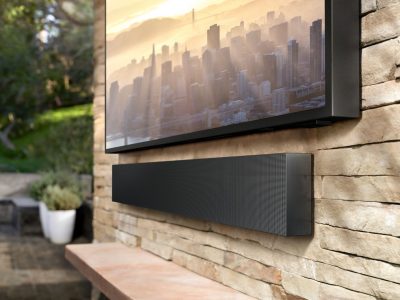