Home > Latest News > What Next For Motorola As They Fail To Explain 50% Growth?

What Next For Motorola As They Fail To Explain 50% Growth?

Motorola management claim that they have grown market share in Australia by “Over 50%” but despite repeated requests they have failed to respond to how they have achieved the growth and what models are delivering growth.

What we have ascertained is that the Company that is owned by Chinese brand Lenovo is planning several new models this year after rolling out their new 5G Motorola Edge 30 Pro last week.

According to briefings done in Australia the smartphone is planning new models under the Edge 30 branding, they currently have the code names Frontier, Dubai, and Miami.

In the value market there is the Moto G Stylus 2022 (codenamed Milan) and Moto G22 (codenamed Hawaii+) whether these will be launched in Australia is unknown.

Dubai, Miami, and Dubai+ are the codenames for the upcoming Edge 30 series.

The Miami model is expected to debut under the Motorola Edge 30 branding, it’s tipped to be a Lite model.

The thickness of the device will be under 7mm.

Next up will be the Dubai+ model, which will be powered by a new MediaTek chip that has an MT6879 model number.

It will feature the same screen and similar cameras as the Edge 30. It will house a 5,000mAh battery and carry support for a stylus like the Edge 30 Pro.

There is no information on the moniker of the device. It is expected to debut in Q3 (probably after the Edge 30 Ultra) branding

The Frontier model that is speculated to launch as one of the first Snapdragon 8 Gen 1+ powered handsets may debut with the Motorola Edge 30 Ultra marketing name.

It is likely to be called the Edge X30 in some markets.

Insiders are telling us that Motorola has access to many as 19 devices to choose from for the Australian market.

lenovo, motorola, Motorola Edge 30, motorola smartphone
You may also like 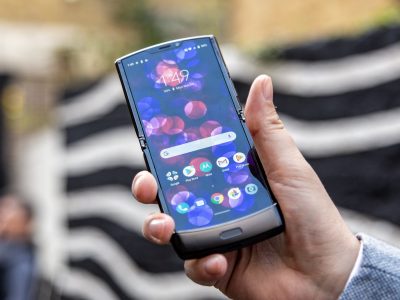