Channel Ten has cashed in on coverage of the 2017-18 Rebel Women’s Big Bash League cricket competition, with the network claiming that TV coverage was a “smash hit”, drawing “record audiences”.

The Women’s Big Bash League has opened up a significant opportunity for female-led sports, providing advertisers the opportunity to directly market to what is considered a primarily female-led audience.

Question is, who is watching the majority of female-led sports? Males or females? How does audience demographics shift compared to the viewership of male-led sports?

Network Ten states that the TV audience for the first four weekend matches soared 24% compared to the 2016-17 season average.

Ten claims that the opening weekend pulled in a total TV audience – across TEN and WIN – of 1.86 million in capital cities and 950,000 in regional areas.

Across the four weekend games, an average of 313,000 Australian viewers nationally watched the live coverage on TEN and WIN Network.

In the capital cities, Ten claims its coverage of the  2017-18 Rebel Women’s Big Bash League dominated its timeslots, ranking #1 among men, people 25 to 54 and under 55s.

Network Ten Executive, Big Bash, David Barham, affirms that the results are the result of hard work, with the Women’s Big Bash League set to become “successful” and “standalone”:

“The big television audiences for the opening weekend of the Rebel Women’s Big Bash League is a testament to the hard work, focus and passion of a lot of people at Cricket Australia and Network Ten, who had faith in women’s cricket and were willing to back it”

“At Ten, we’ve always believed that with the right production and promotion, and with consistent television scheduling, the Rebel Women’s Big Bash League will become a successful, standalone support”

“The results over the weekend, both on and off the field, are a great start to what promises to be a sensational summer for women’s cricket”.

Cricket, Rebel, Ten, Womens Big Bash
You may also like 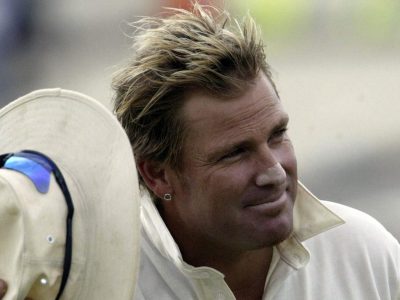