Sound United is one of the worlds’ most successful audio Companies, the parent company to Denon, Polk Audio, Marantz, Definitive Technology, Classé, and Boston Acoustics, the US based business is set to shake up the Australian market audio market after acquiring Melbourne based distributor Qualifi.

It was only four months ago that Sound United acquired UK audio brand Bowers & Wilkins, which was already operating as a subsidiary in Australia.

ChannelNews understands that Bowers & Wilkins is set to launch several new products including a new range of network speakers this year.

In April 2021, Sound United will officially take back the Polk brand from Melbourne based distributor Westan making it a key product for both mass and specialist dealers in Australia.

The combined business became Sound United in 2013 after the combining of Polk, Definitive Technology and the Boom Movement brands into a new division called Sound United.

At the time, D+M was the world’s largest supplier of audio/video receivers.

The move to quickly establish an Australian Sound United subsidiary, comes weeks after a botched attempt by former Qualifi staff to establish a local subsidiary for Voxx International the manufacturer of Klipsch and an archrival of Sound United, who is one of the biggest audio suppliers to retailers in the USA, Europe, and Asian markets.

A key player in the decision to move quickly in Australia was Kevin Duffy the global CEO of Sound United, late night conference calls with Qualifi, Bowers & Wilkins management and other key contributors resulted in a deal to take over the Qualifi business that Voxx International executives thought would fail without the Klipsch brand.

Instead Voxx International the owners of the Klipsch brand are now facing a fiercely competitive Sound United, who have in place a ready to go distribution network, inside intelligence on their archrival who products prior to March 1, 2021 was distributed by Qualifi, as well as one of the best audio management teams in Australia who have excellent relationships with both the mass audio channel and specialist dealers.

Analysts that ChannelNews has spoken to believe that the move by Sound United will help grow the local audio and custom install markets.

When Harman International chose to set up a local subsidiary after dumping the loss-making Convoy International the Samsung owned Company saw their sales quadruple in Australia, today JBL a Harman brand and Sony are the two biggest suppliers of sound gear at mass retailers.

Harman is a key partner of major CE retailers as well as discount retailers Big W and Target.

The Pro products that remained with Convoy are struggling with insiders tipping that they will either be taken over by Harman or moved to a new distributor, who has the resources and the cashflow to support the brand.

The Company that Sound United took over, DEI Holdings was founded by now US Republican politician Darrell Issa and his wife Kathy in 1982, it was called Directed Electronics and in 2004, the firm bought speaker company Definitive Technology and then in 2006 Polk Audio.

In 2011, the company was bought by private equity firm Charlesbank Capital Partners who later renamed the business Sound United.

This Company has shareholding in Mastercraft, Zenith Products, and technology Company Cyberbit.

Kevin Duffy was named the company’s CEO four years ago.

He said that he believed the entire portfolio stands to benefit from the addition of Bowers & Wilkins, which in turn translates into exciting new products, technologies and opportunities for our consumers, distributors, dealers, and all audio enthusiasts around the world.”

ChannelNews understands that this business is currently undergoing a major restructure with new products due this year.

We also understand that Sound United anticipated problems in the processor supply market and invested heavily in buying supply before several of their competitors realised the impact that the shortages would have on the market on 2021.

This has resulted in the business still being able to supply retailers with audio gear. 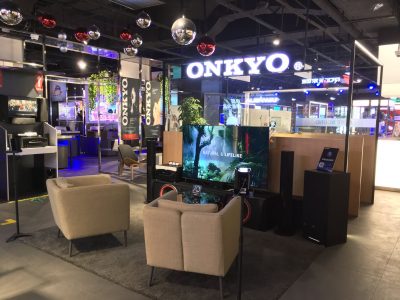