Samsung has posted a record profit for the quarter, with approximately $6.7 billion (AU) in revenues and $896 million in profits.

“Looking ahead to the third quarter, the company expects favorable semiconductor conditions to continue, although overall earnings may slightly decline quarter-on-quarter as earnings weaken for the display panel and mobile businesses,” the company said in a statement.

The strong result for the company comes on the back of the company’s highest quarterly profit since 2013.

As with the previous quarter, the company’s components division continued to be a key driver of growth. Samsung say a combination of “strong demand for server DRAM/SSD” and broader limitations in the supply of the industry fuelling 6% quarter-on-quarter growth.

The company’s display division also saw its earnings rise due to the increased demand for flexible panels for the company’s flagship smartphones.

Samsung predicts that this will continue into the next quarter but “expect some risks from intense competition with LTPS LCDs in the mid to low-price range.”

When it comes to smartphones, the company said that “Revenue/OP increased significantly driven by increased global sales of S8 while shipments of mid to low-end smartphones declined.”

Looking forward, “earnings are projected to decline QoQ due to increased marketing costs with the launch of new Note product and reduced new product launch effect of S8.”

Finally, when it comes to their home entertainment ranges, Samsung say that “despite expanded sales of premium products such as QLED TV, earnings declined YoY due to increased panel ASPs and shipment decline.”

They indicate that their focus in Q3 will be to “rebuild product portfolio by reducing entry-level products and increasing high-ends such as UHD/ultra-large sized product” and  “focus on improving earnings by expanding shipments of QLED TV/The Frame and responding to peak seasonality.” 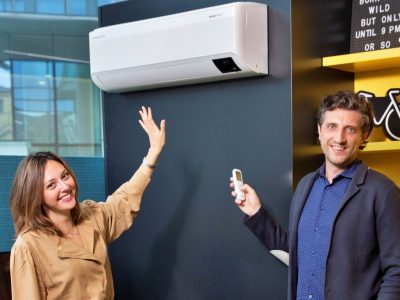